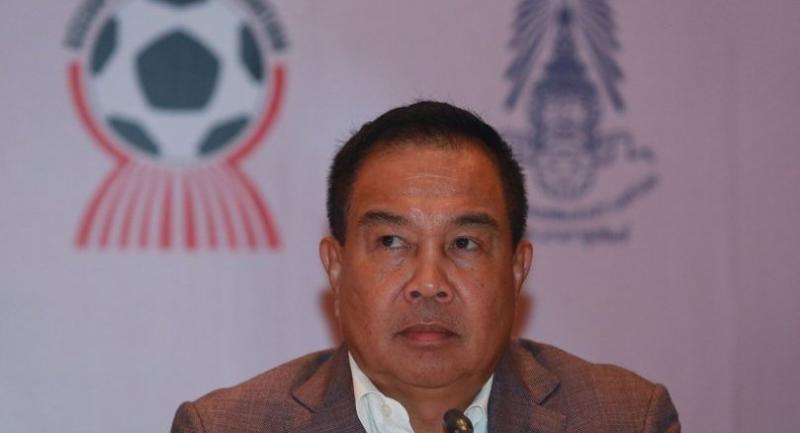 Former national police chief Somyot Poompanmoung did not include in his financial report loans of Bt300 million he claimed to have received from the fugitive owner of a massage parlour involved in a human trafficking case, according to the anti-graft agency.

The National AntiCorruption Commission (NACC) is investigating the suspected discrepancy.

Yesterday, the agency made public details of Somyot’s assets and liabiliฌties that he had submitted to the agency after becoming a member of the National Legislative Assembly in July 2014. Somyot left the NLA in March. His financial report did not mention the claimed loans and no evidence was found to prove that Somyot had actually borrowed from and had paid back to Kampol Weerathepsuporn, the fugitive owner of “Victoria’s: The Secret Forever” massage parlour, according to senior NACC officials.

NACC President Watcharapol Prasarnrajkit said yesterday that the agency would determine whether the financial report was accurate. If there was suspicion of inaccuracy, legal action could be taken, he added.

In February, amidst rumours of close ties between Kampol and an unnamed senior police officer, Somyot said that he had borrowed on a few occasions from the massage parlour owner and the loans totalled about Bt300 million. However, Somyot also said that he had paid back his debt owed to Kampol “through the banking system”.

Somyot served as commissioner general of the Royal Thai Police between October 2014 and September 2015. He is currently the president of the Football Association of Thailand. He was also required by law to submit a financial report to the NACC while serving as the national police chief.

NACC SecretaryGeneral Warawit Sukboon yesterday declined to answer a question whether Somyot had borฌrowed the Bt300 million while servฌing as the police chief. “The amount was not mentioned in his financial report, so you the media have to think for yourself,” Warawit said.

He added that the NACC was invesฌtigating this matter. Somyot has handฌed his written explanation to the NACC and the agency is waiting for transacฌtion records it had requested from relฌevant banks, the official said.

According to Somyot’s financial report made public by the NACC yesterday, he has assets worth Bt262.8 million and his wife Pojaman Bt95.8 million after leaving office as an NLA member in March.

In August 2014, after assuming the post, Somyot said in his financial report that he had assets valued at Bt246.4 million and his wife Bt128.2 million.

Meanwhile, the Department of Special Investigation (DSI) is looking into the money trail involving Somyot’s alleged creditor Kampol, according to a senior Justice Ministry official.

The ministry’s deputy permanent secretary Tawatchai Thaikyo, in his capacity as its spokesman, said yesterฌday that in probing the human trafฌficking case linked to him, DSI susฌpected that Kampol might have transฌferred his allegedly illgotten assets to about 40 people. The DSI has invited those recipients, including Somyot, for questioning and sought information from financial institutions and releฌvant agencies such as the Stock Exchange of Thailand, Tawatchai said.

In January, DSI agents raided the massage parlour in Bangkok’s Huai Khwang district and most of the masseuses there were found to be Myanmar nationals. Kampol and his wife are on the run after being named as suspects in the human trafficking case. More than Bt400 million of their assets have been confiscated in conฌnection with the case.