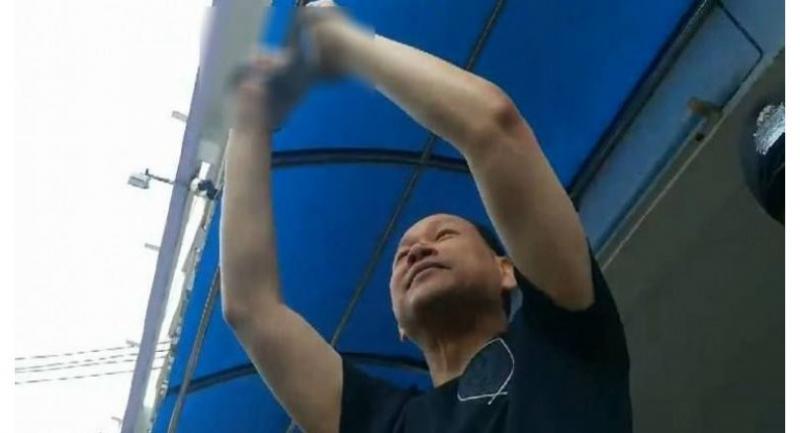 “I will never be defeated. I will sue every single one of them,” Special-Branch Police Division former deputy superintendent Pol Lt-Colonel Santhana Prayoonrat vowed, as he was brought to the Criminal Court for the first 12-day period of detention on Sunday morning. He had surrendered at his house on Saturday.

Santhana was taken out of his detention cell at 8.40am. He was taken to Bangkok's Don Muang Police Station after the Criminal Court had approved eight arrest warrants for him on Friday over allegations of extortion at the Donmuang Modern Market.

Santhana told reporters at the precinct, “I slept well because this police station was my ‘former home’ [office].” He added, “The Royal Thai Police took good care of me. I'll see what other agencies will do.”

As of press time, Santhana’s lawyer had not succeeded in securing his release on bail. If the application is not resubmitted to court by noon and the first 48-hour period in which police are allowed to detain a suspect passes, Santhana will also be freed by the police.

Santhana was an adviser to the operator of Donmuang Modern Market in Bangkok’s Don Muang district. Earlier this month, Santhana confronted a senior police officer as he led a team to scour the market on suspicion that some shops have sold substandard products.