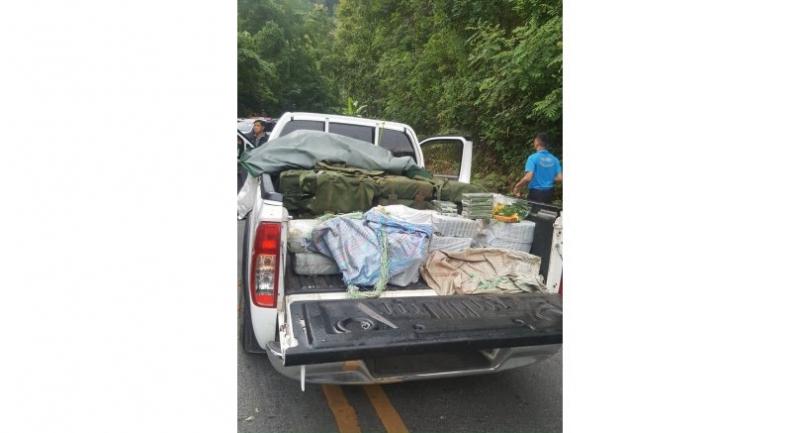 Police gave chase when a pickup truck raced past a checkpoint on the Chiang Rai-Chiang Dao road in Wieng Pa Pao district.

The checkpoint was there because of a tip-off, but the drug runners weren’t about to stop, and the man in the passenger seat opened fire on the officers.

Pursuing police caught up with the pickup at between Km 58 and Km 59 and found themselves engaged in a gunfight with the occupants.

When the shooting stopped, there were two dead bodies in the truck. They had not yet been identified as of press time. The massive haul of drugs was loaded in the back.