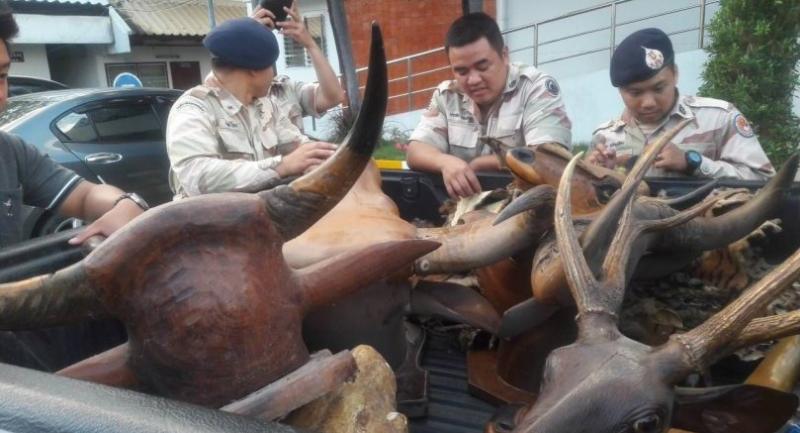 Following a complaint of suspicious large batch of processed wood logs at the house in Tambon Han Kaew, Hang Dong district, police at 6.30pm raided the house to seize the items in question for inspection. They also confiscated protected wildlife items found at the house, whose owner Sajja Sitthiracha had gone on a trip to another province, according to the unnamed house caretaker’s testimony. Police said they would give Sajja some time to present legal documents that permitted him to keep such wooden logs and wildlife items. If he failed to do so, they would proceed with legal action against him on the charge of having protected wildlife items in possession without permission.

The horns and antlers were stuck on wood-carved animal heads to be hung on the wall for display.