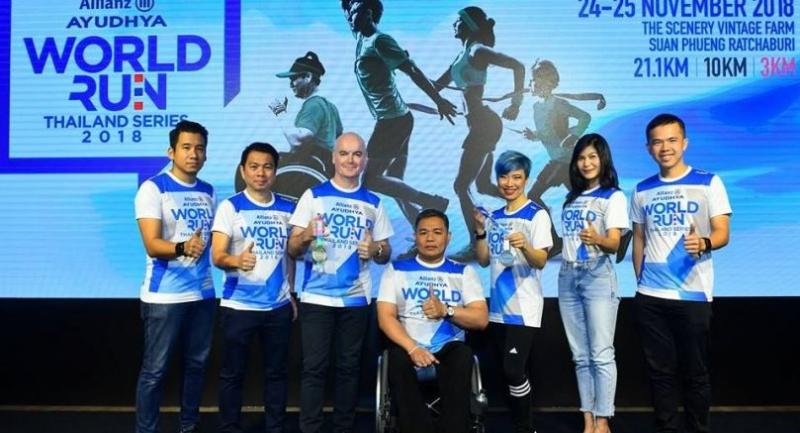 Allianz Ayudhya Assurance, together with provincial authorities of Ratchaburi, the Association of Suan Phueng Tourism, Move Asia and Thai.Run, is introducing the Allianz World Run Thailand Series 2018. Thais are invited to be part of Allianz Group's global run and promote healthy living.

The race is divided in two. There is the virtual run where distance logs are captured online for 90 days and the field run in Suan Phueng district, Ratchaburi province, this November. The total of distance gained by all runners will be converted into donations for the Thais with Disabilities Foundation.

Bryan Smith, CEO of Allianz Ayudhya Assurance PCL, said the Allianz Group, a major shareholder in Allianz Ayudhya, has been holding Allianz World Run for many years to encourage staff globally to take a better care of their health through running as well as help support underprivileged communities.

In 2017, the firm’s staff ran for a total of 1.3m kilometres, which was converted into Bt20 million in donations for children's foundations.