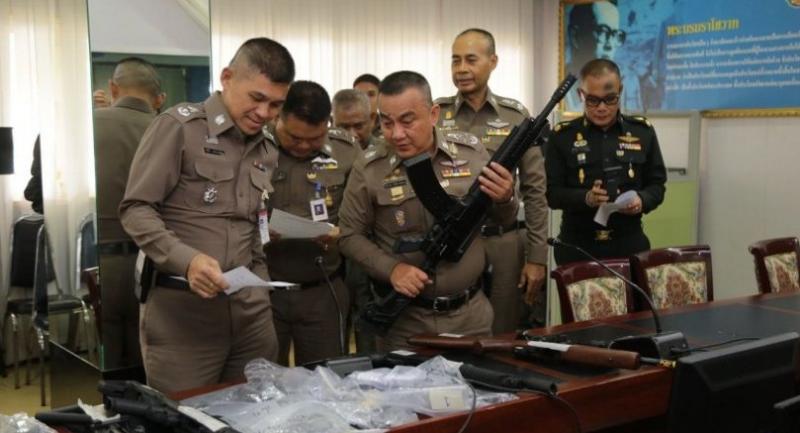 THE ongoing probe into the embezzlement of temple funds has suggested that a senior monk allegedly transferred Bt25 million to a paper company controlled by a woman with links to the military.

The woman is reportedly an elder relative of Armed Forces staffer Second Lieutenant Thititat Niponpittaya, whose house in Bangkok was shown as the company’s address. The name of the money recipient was Nuchara Sittinok, 32. On paper, Nuchara owned the company that provided PR and event-organising services to a big temple in Bangkok. However, she is only a maid in the Thititat home.

When police found her at Thititat’s home during Wednesday’s raid and questioned her, she reportedly admitted to opening the bank account and more at the family’s bidding.

“We have seized his weapons pending a full probe,” Srivara said at a press conference yesterday. Maj-General Kanisorn Suthornt-eemakorn, who works for the National Council for Peace and Order (NCPO), said at the same event that although laws did not specify how many guns a soldier could have in his possession, it was unlikely that Thititat’s military job would require him to have so many guns.

A source said Thititat’s elder relative, who has not been named yet, had got PR and event-organising jobs from a temple via a senior monk.

“She also accompanied him on an overseas trip for a Dhammaduta Bhikkhu project, which has the written objective of promoting Dhamma,” it added.

When Thititat got ordained as a monk in a grand ceremony, the senior monk performed the ordination for him. At the same ceremony, a former executive of an independent agency auditing the use of state budget also attended because Thititat used to serve as his secretary.

It remains unclear whether Thititat, his former boss and his elder relative will face any charges in connection with temple-fund embezzlement.

The five monks are the third batch of suspects in the temple-fund scam. Authorities started seriously investigating the use of state funds at temples last year following a discovery that some senior officials of the NBO were themselves involved in the fund embezzlement. “The previous batches have already been handed over to the relevant agencies,” he said.