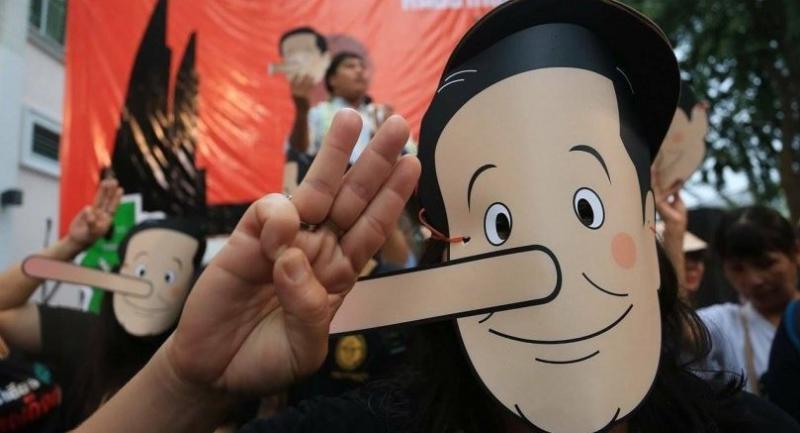 The “We Want an Election” group will give away “yut-nocchio” hand fans on Friday at the Terminal 21 shopping mall in Bangkok’s Asoke area in a bid to attract people to join their anti-junta demonstration next Tuesday.

The group is planning to march to Government House that day to mark the four-year anniversary of the coup staged on May 22, 2014.

“Yut-nocchio” is a comic figure that resembles Prayut with an elongated nose like the classic figure Pinocchio, poking fun at the junta head for repeatedly promising to hold an election while instead delaying the poll several times.