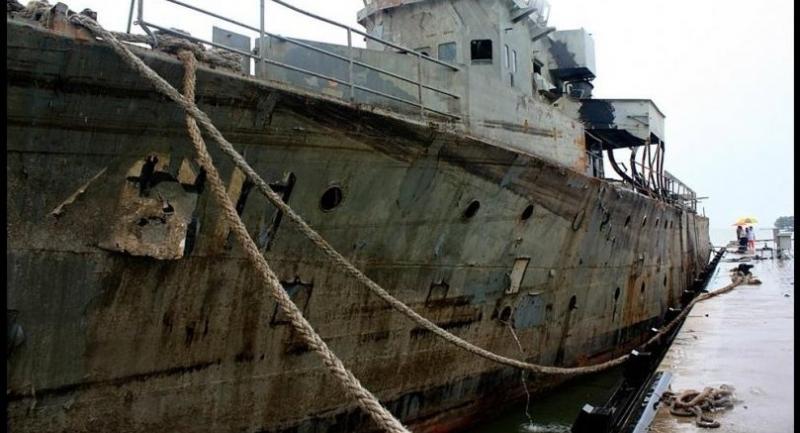 The Royal Thai Navy has denied reports that it is planning to sink a battleship that had joined the naval parade marking the royal coronation of Britain’s Queen Elizabeth II.

However, it has not ruled out the possibility of the battleship, Pho Sam Ton, finally being submerged.

“We have already handed it over to the Chanthaburi Provincial Administration, which is now in the process of organising a public hearing on what to do with this battleship,” Navy chief of staff Admiral Pichet Tanaset said on Friday.

Since 2012, it has been decommissioned and placed at the waterfront of the Ban Samet Ngam shipyard.

“It has been developed as a history museum,” Pichet said.

He said the Navy had never given any thought to sinking the Pho Sam Ton because it was very valuable.

“It has value in many aspects. It would be unfortunate to sink such a ship,” he said.

The ship is currently in a dilapidated state due to the lack of a budget for maintenance.

“There’s no conclusion on the fate of Pho Sam Ton yet,” Pichet said. “But we think it would be unfortunate to waste such a ship.”

Pichet said the process of sinking a ship is not easy. Permissions are required and they have to check if the place chosen for sinking a ship would overlap communication cable routes.