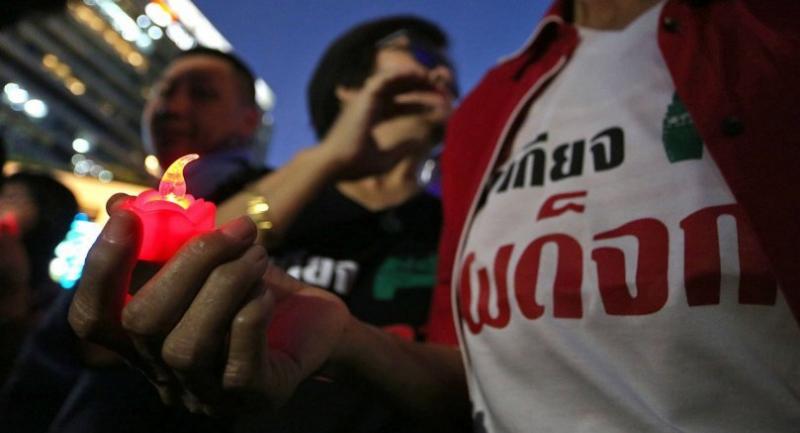 ENVIRONMENTAL protection policies under the past four years of the National Council for Peace and Order (NCPO) have been used as tools for the military to tighten its grip over natural resources management, academics told a forum on Sunday. Participants discussed the present and the future for a range of resource-related issues, including community rights, agriculture and natural resources management, at the forum held at Thammasat University.

The current regime’s approach to the often-controversial issues has featured a marked decrease in public participation in decision-making. Most participants agreed the result was that authorities were exercising increased control over the nation’s resources on behalf of wealthy investors and elites.

The academic forum was a part of a two-day academic event, “D-Move: Good Steps on the Chosen Path”, which was sponsored by the Social Science Forum, Thai Lawyers for Human Rights, Thai Academics Network for Civil Rights, iLaw and Assembly of the Poor. The overall event reflected on how social issues have fared under four years of junta rule, and to seek a better path towards democracy.

Benjarat Sae Chua, a lecturer at Mahidol University's Institute of Human Rights and Peace Studies, said the 2014 coup provided an opportunity for the military to exercise power over their priority issues, including getting their hands on environmental policies.

“The military have always got involved in matters of environmental protection throughout history, as they count the environment and natural resources management as another aspect of stability,” Benjarat said.

Past coups have usually seen the military exercise their full powers over these two areas, which they are unable to do under democratic government, she said.

“We can see that during the four years of the current NCPO administration there are many state policies that allow the military full power to manage natural resources, for instance the forest reclamation policy.”

That forest reclamation policy was one of the most vivid examples of the NCPO’s approach of taking a tight grip on resource management, said Benjarat, pointing to the junta’s use of its absolute power under Article 44 of the interim Charter to issue NCPO order 64/2557 as a legal tool to evict forest dwelling people from their homes.

“The public sector has been campaigning so hard and for a long time under democratic governments for resource management that involves the local people – such as establishing communal forests or land banks,” she said, “but when the NCPO seized power, almost all the rights the people had fought for were taken out of the people’s hands again.”

But military control extends beyond natural resources management, said Supaporn Malailoy, manager of the Environmental Litigation and Advocacy for the Wants (EnLAW) Foundation. The junta has also used its absolute power to reduce environmental protection measures and silence the opposition in order to benefit mega-project developments and industrial expansion.

“There are many NCPO orders that allow harmful projects – such as coal-fired power plants, hydropower dams or waste-to-energy plants – to proceed much more easily by ordering them exempt from laws and regulations that restrict development for environment reasons,” Supaporn said.

“These orders provide special privileges for rich investors who have ties with the junta, but in turn they have left the people at risk of environmental impacts and harm to their wellbeing and livelihoods.”

According to EnLAW, the NCPO has pronounced five orders creating legal exemptions and privileges for investors in mega-projects and industries attracted to the new Special Economic Zones – NCPO orders 3/2559, 4/2559, 9/2559, 2/2560 and 31/2560.

Supaporn said resentment is increasing among citizens as harmful projects across the country have regulatory obstacles cleared by improper policies of the government. Yet, those placed at risk have found it very difficult under the military regime to speak out or to launch campaigns. A major cause of that silencing is NCPO orders that limit the right to peacefully demonstrate.

“Many protesters have faced prosecution and intimidation from officials – both police and military – via NCPO order 3/2558, which bans political gatherings,” said Supaporn. “Officers often define ‘political protest’ very widely and make it very difficult for people to campaign on environmental issues.”

Benjarat, however, noted that natural resources management and environmental issues were indeed political issues, since they involve power negotiations between different sides. To ensure that Thai society has environmental justice, she argued, the country would first need to have democratic government.

“We cannot negotiate the power to manage the resources with a dictatorship, as public participation is always ignored by this type of government. So we need to have elections and democratic government to allow the people to negotiate for better environmental protection,” she concluded.