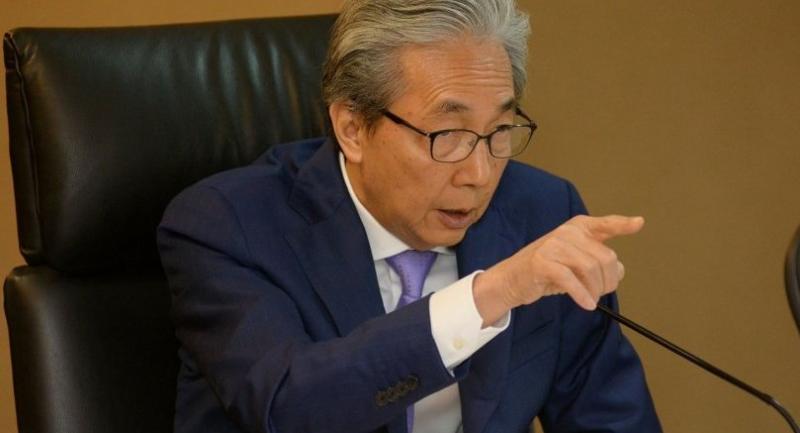 When the junta government seized office four years ago the economic situation was analogous to a sick patient affected by many factors including political unrest and lack of confidence, he said.

When the government implemented measures to stimulate the economy, the patient began to perk up. But his government did not put a lot of money into the farm sector, and so farmers did not gain as much as they had from the rice-pledging scheme implemented by the previous government.

The government has built confidence by launching the Eastern Economic Corridor (EEC) project, said Somkid, which would underpin the next cycle of higher growth by propelling the country toward an entrepreneurial economy.

“Critics should not politicise government economic management policy,” said Somkid in an interview with The Nation. “Everyone should focus on further carrying out of reforms,” he said, referring to opposition politicians and others who criticise government policy for not benefiting the majority of people.

Government could not just give cash handouts to farmers but is instead trying to reform the farm sector to achieve growth sustainability, and that will take time, said Somkid in a dig referencing the controversial rice-pledging scheme of the Yingluck Shinawatra government.

The baht is now relatively weakened against the US dollar, and the rising crude oil price has pulled up the prices of rice, palm oil and cassava root. The price of rubber sheets also shows signs of recovery, he said.

Farmers still needed to improve product quality and find markets and this could be supported by e-commerce and farm technology, he said.

Somkid expected that more private investment would come as the government’s infrastructure projects progress. First to climb would be the property sector as it takes advantage of the new routes of mass transit projects in Bangkok, he said.

More foreign investment could be expected, particularly in the EEC, he said, noting that the government has received many trade missions from multiple countries.

The government would soon take its EEC-promotion message on the road in Europe and the United States, he said.

“We have to have confidence in our potential and also convince others to believe in our confidence.”

Asked whether he worried about planned protests by groups calling for an early election, Somkid said that protesters should not disrupt the road map to an election.

“Certainly, an election will take place,” he warned. “Don’t create political violence – it’s not worth it.”