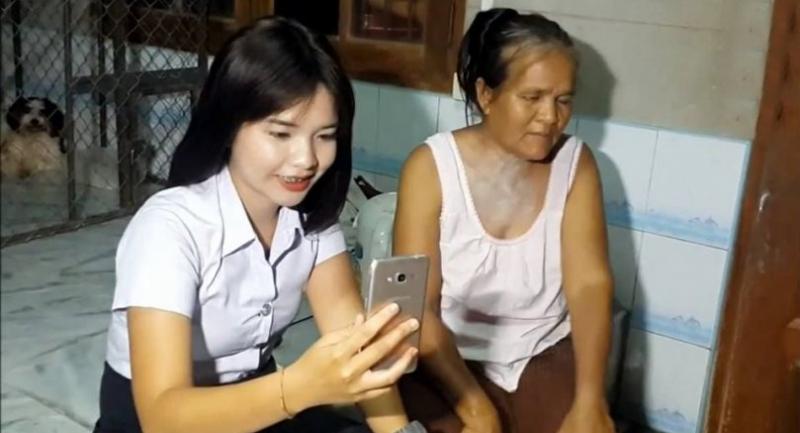 A 16-year-old girl in Udon Thani has used Facebook to locate the father who left her and her mother when she was just one year old.

Benjarong Krasaesin told The Nation on Tuesday that she had never met her father during the 15 years since her parents’ separation.

Since then, Benjarong’s mother had left her in the care of her grandmother, Pensri Wisetwoharn, 61, as she had a new family of her own and had moved abroad.

When she was young, she did not miss her father because she received good care from her grandma, whom she called “mom”, she said.

Later, however, she did miss him because she saw her friends with both parents, so she asked her grandmother about him and eventually learned his full name.

She decided to start searching on Facebook for her father two months ago, using his name, Thawee Krasin, as key words. After locating a Facebook user with Thawee Krasin as an account name, she sent a greeting message and showed him a photo taken with her dad when she was just one year old, and he replied: “Are you Por, my daughter?”

“I was startled and very happy. He immediately knew it was me, after 15 years,” Benjarong said.

Her father told her that he was working in Bangkok and would be free to travel to Udon Thani in two months’ time during Buddhist Lent, when he could get time off for a holiday.

Her grandmother said that although the father had never visited the girl since she started taking care of her 15 years ago, she was happy that her granddaughter had been able to locate him after all this time.