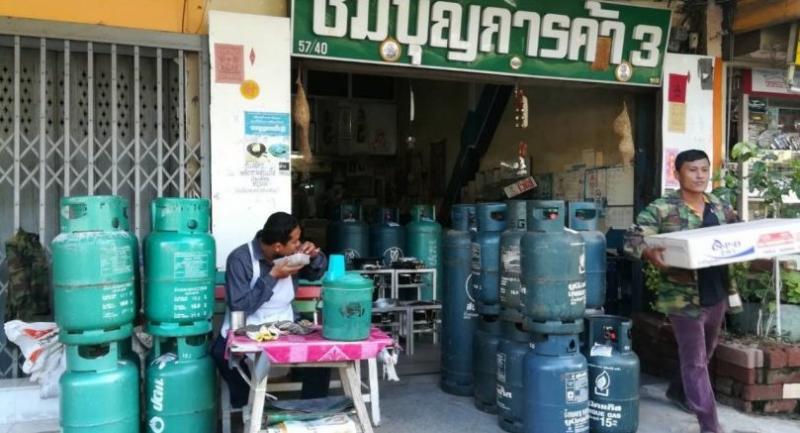 Cooking gas retailers in Phitsanulok are dismayed over the seventh gas price hike in two months – as are food vendors, although they’re vowing not to increase food prices for now.

The latest rise in the price of cooking gas, implemented on Tuesday, takes it to Bt1.60 per kilogram – an increase of about Bt25 on every cylinder.

Boonchom Kankha 3, a shop selling gas in Muang Phitsanulok, responded by hiking the retail prices of a 15kg cylinder to Bt400 for state-registered business operators and street vendors (up from Bt375), Bt435 for restaurants and regular customers (from Bt410), and Bt455 for households (from Bt430). She’d like the authorities to give retailers advance warnings of price hikes.

A staff member at the food shop Malee Patongko on Phra Ong Dam Road said the price of a cylinder of gas had gone up Bt30, but it wasn’t hiking the Bt2 cost of its fried breadsticks (patongko) because there were many competitors nearby selling the same thing.

Sukanya Krairit, who owns a shop selling congee rice and rolled noodles, said she goes through four or five gas cylinders a month, so the price hike would certainly affect her income.

But, for now, she didn’t plan to boost the Bt20-Bt30 she charges per dish. “Less profit is acceptable as long as I can keep my business afloat,” she said.