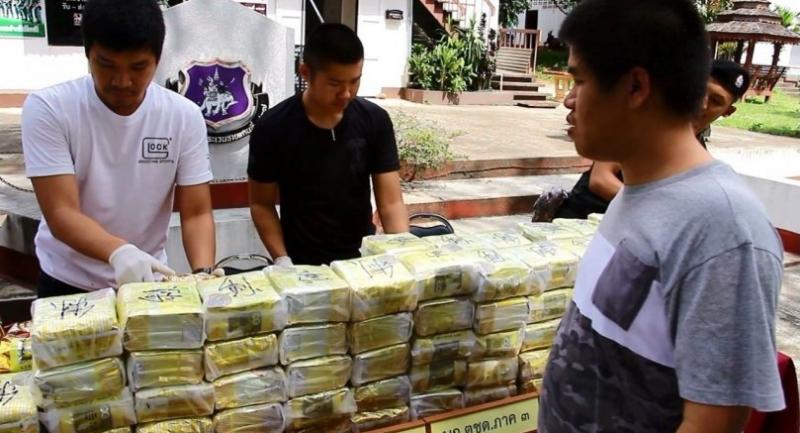 Border patrol police (BPP) in Chiang Rai said they intercepted an attempt to smuggle 120 kilogrammes of crystal meth or "ice" into the kingdom on Thursday night but the suspected courier managed to flee.

The drug was seized following a vehicle chase on a main road in Chiang Rai's Mae Sai district.

BPP officers manning a checkpoint in Moo 3 village in Tambon Pongpha spotted a van and signalled it to stop for a check. But the driver sped past the checkpoint. Officers caught up with the van and its driver fled on foot.

The van was taken for examination at the Mae Sai BPP taskforce and three holes were found in the floor where 120 bags of drugs were hidden.