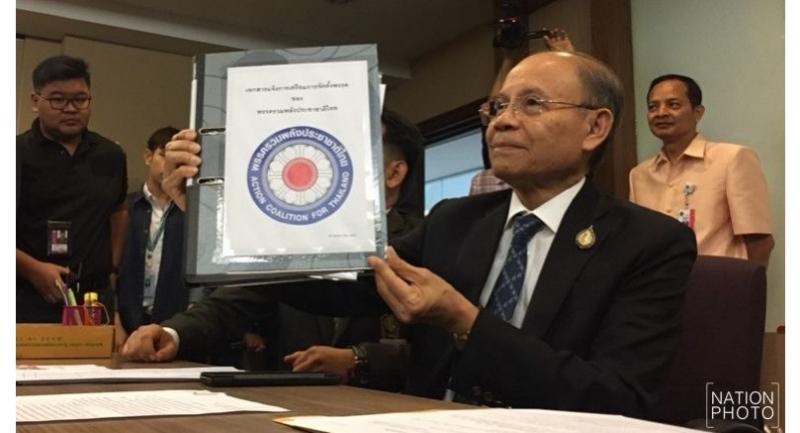 THE LAWYER of politician Suthep Thaugsuban yesterday applied to register a new party under the name Ruam Palang Prachachat Thai with the Election Commission (EC) and firmly denied that Suthep was a party executive.

Suthep, a former politician who had won massive popularity when he led the People’s Democratic Reform Committee (PDRC) in 2013, only played an advisory role, lawyer Taweesak na Takuathung said. But the party may invite him to become a member, he added.

The application was made yesterday with 32 founding members. Among them were Taweesak himself and Suthep’s brother Thanee Thaugsuban, a former Democrat MP.

The name of the head of the political reform committee, Anek Laothamatas, was not seen in the list although in the past week his name had circulated in news reports as the leader of the new PDRC-dominated party.

Other members, Taweesak said, were businesspersons, academics and ordinary citizens.

Taweesak denied the party was under Suthep’s influence or was another branch of the Democrat Party.

Taweesak yesterday also sought the permission of the National Council for Peace and Order, through the EC, to hold a party meeting. The meeting has been scheduled tentatively for next Sunday, he said.