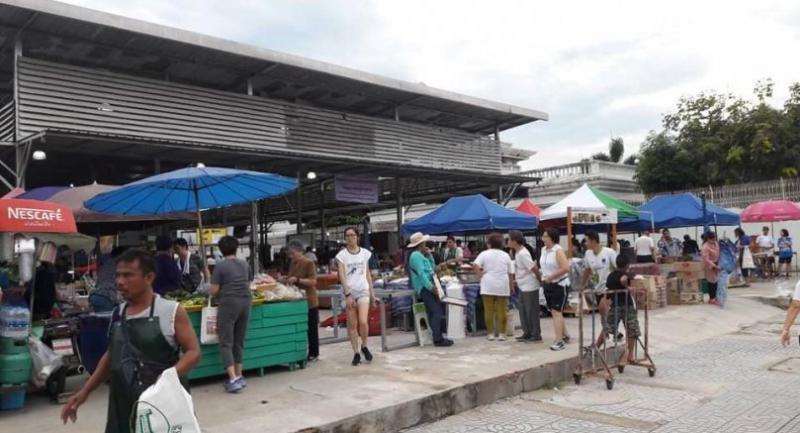 As many vendors continued to sell goods at the Ple market in Bangkok’s Prawet district in defiance of an order by the Central Administrative Court, to negotiate with them to leave the place.

Prawet district director Thanasit Metpunmuang on Sunday morning went Some 70 vendors had been seen selling goods at the market in Srinakarin Soi 55, in violation of the court order on the operation of five markets in the Seri Villa Housing Estate. Two women, who became known as “furious aunties”, had in February attacked a pickup truck that had parked in their house driveway, which led to the court order on May 16 to dismantle the markets. Thanasit went to the site with other officials at 5.30am on Sunday and told the vendors that he would help find other places where they could sell their goods such as nearby markets, so as to minimise the impact on their livelihood. Thanasit said the district office had already filed a complaint with Prawet police on Saturday against the 70 vendors for failing to comply with the local administrator’s order. He said the district would dispatch Thesakit officials there to ensure peace and order.