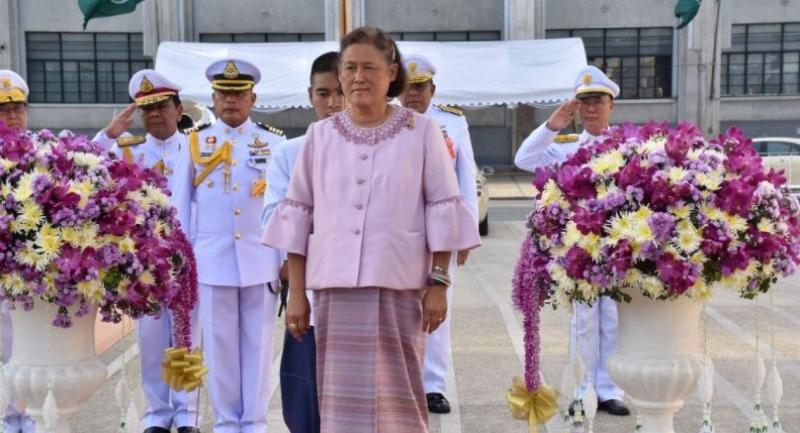 Her Royal Highness Princess Maha Chakri Sirindhorn arrives in Dhaka on Monday on a four-day royal visit at the invitation of Foreign Minister AH Mahmood Ali.

The princess will lead a high-profile, 11-member Thai government delegation to visit philanthropy projects she launched in Bangladesh in 2011 under the banner of the Royal Chai Pattana Foundation set up by her father, the late King Bhumibol Adulyadej.

Bangladesh’s State Minister for Foreign Affairs, M Shahriar Alam, will receive and welcome the princess at Hazrat Shahjalal International Airport on her arrival in the afternoon.

During her four-day visit, the princess is scheduled to call on Prime Minister Sheikh Hasina and Foreign Minister AH Mahmood Ali and exchange views with Agriculture Minister Matia Chowdhury and Culture Minister Asaduzzaman Noor MP and other dignitaries.

The princess is also scheduled to visit various several of the Foundation’s ongoing projects in the country, including public health and sanitation projects for schoolchildren, sustainable agriculture projects for farmers and the Sufficiency Economy Learning Centre at the Bangladesh Agriculture Development Corporation. All were encompassed by the Sufficiency Economy Philosophy pioneered by the late king.

During the visit, the princess is also scheduled on Wednesday to inaugurate a new environmental conservation project in collaboration with the Environment and Forest Ministry of Bangladesh, titled “Bangladesh-Thailand Vetiver Grass Development Project to prevent hill erosion in Chittagong” at the Tiger Pass in Chittagong City.

Bangladesh’s Ambassador to Thailand, Saida Muna Tasneem, said the presence of the globally acclaimed philanthropist princess, affectionately called the “Angel Princess” in Thailand, in response to the invitation of Bangladesh's Foreign Minister, was the “highest-profile visit” from Thailand in recent years.

It was further evidence of the special attachment and affection of Thailand's Royal family towards Bangladesh and the welfare of its common people, she said, calling the trip “a significant milestone” in the bilateral relations between the two Bay of Bengal countries.

The princess was also keen to work with the prime minister, a winner of The United Nations Environment Programme’s “Champions of the Earth” project, and with Government officials on environmental and hills conservation projects in the country's southeastern Hill Districts in Chittagong.

During her four-day stay in Bangladesh, the Thai princess is also scheduled to visit the Liberation War Museum in Dhaka, the Ethnological Origins Museum in Chittagong and meet with autistic and special needs children at the Proyash Institute of Special Education in Dhaka Cantonment.

A dinner hosted by Foreign Minister Ali has also been arranged in her honour.