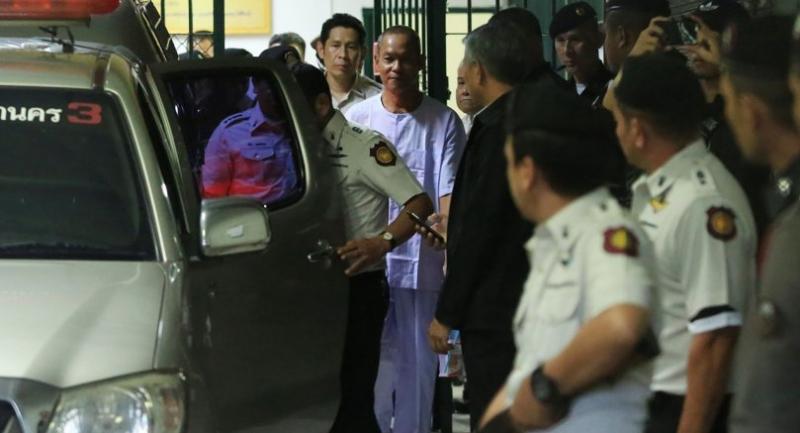 A FORMER monk currently in prison for unauthorised use of the royal initials has partially retracted his confession and is now planning to fight the charge.

Buddha Isara, formerly the abbot of Onoi Temple, was arrested and defrocked last Thursday over two charges, of alleged unauthorised use of the royal initials in amulet making and of actions while he was a leader of the People’s Democratic Reform Committee protests in 2014.

Yesterday, however, his lawyer claimed that his client had indeed sought permission from a top Palace official, albeit without asking for that permission in writing.

“But legally speaking, his confession was just a partial confession. He did seek verbal permission.”

Thirayut was unable to meet Suwit yesterday because the former monk was seeing a doctor over a back problem.

“So, we plan to seek a meeting with him to discuss our plan to fight the charges against him on May 30,” Thirayut said.

Doctors from the Corrections Department’s hospital have diagnosed Suwit as having a herniated disc.

Bangkok Remand Prison chief Krit Krasaetip said Suwit had told him he did not want to be treated outside the prison.

“He says he can still bear the pain. He is afraid if he seeks treatment outside, he will be targeted for criticism,” Krit said.

Another sick former monk, previously known as Phra Attakij Sophon and the secretary to Bangkok’s monastic chief, has been found to have arrhythmia, an irregular heartbeat. Now known as Somsong, he was also defrocked and detained last Thursday for allegedly embezzling state funds for temples.

“Because both monks do not have life-threatening conditions, we have sent them back to the Bangkok Remand Prison,” said the Corrections Department’s|director general Pol Colonel Naras Savestanan.

Six monks were defrocked and sent to the Bangkok Remand Prison last week.

They are still declining to eat dinner each day because they are still abiding by monastic rules that monks shall not eat after midday.