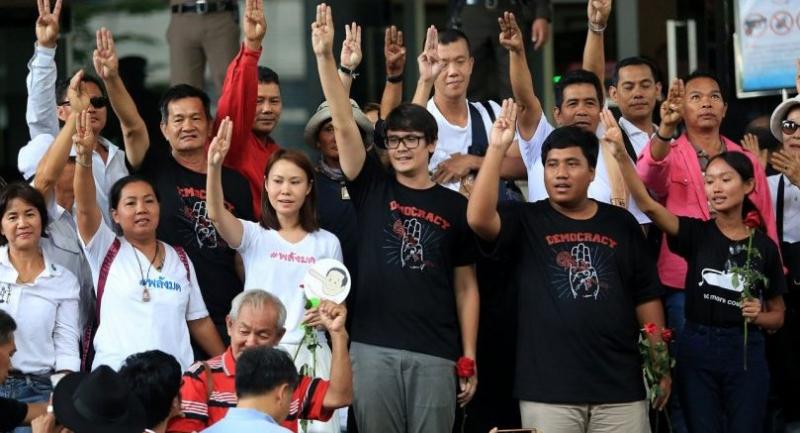 The junta on Thursday rejected an Amnesty International call to ending legal action against pro-election protesters, saying that sparing lawbreakers was beyond its power.

Maj-Gen Piyapong Klinphan, the spokesman for the National Council for Peace and Order (NCPO), said the authorities were doing their job in line with the law and the scope of their responsibilities.

“We are not violating anyone’s rights. There is no unfair treatment or persecution,” he told reporters at the 11th Military Circle, of which he is the commander.

The London-based Amnesty International is campaigning for people around the world to write to the Thai government and call for an end to legal action against 62 people in connection with their rallies demanding an election.

The NGO’s campaign continues until July 5, according to its website.

The protesters held their rallies on many occasions over the past months with the latest one at Thammasat University on May 22, the fourth anniversary of the 2014 military coup. They demanded that an election be held by November, and not next February, as has been promised by the junta.

They are charged with violating a junta ban on political gatherings of five or more people, provoking public commotion and breaking the law on public assembly. The maximum punishment is seven years in jail.

Piyapong said in response to AI’s campaign, the authorities would “explain the truth to them”.

“The NCPO can’t permit requests that are against the law,” he said. “We cannot do anything that goes beyond the scope of the law or our responsibility.”

NCPO legal officials on Thursday filed a complaint against 41 pro-election protesters at the May 22 rally.

Earlier, 21 activists, many of them protest leaders, had been charged with breaking the ban and provoking public commotion.