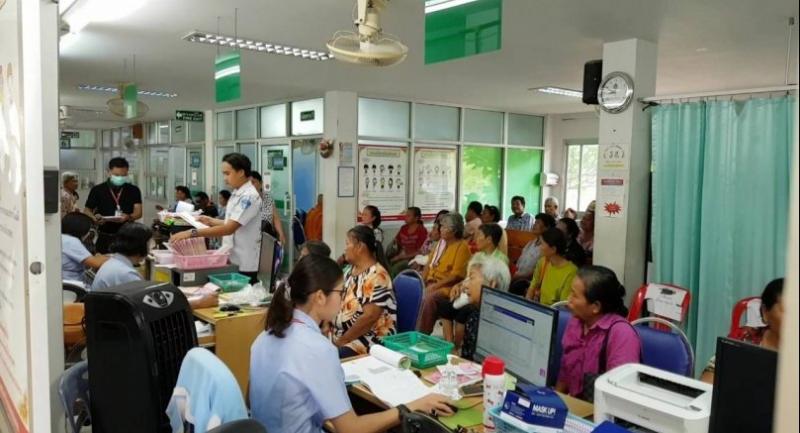 THE FINANCE Ministry has managed to prevent a mass demonstration by the Rural Doctors Society (RDS) and the networks for patients with 17 chronic diseases by postponing the enforcement of its new and controversial budgetary regulation on the hiring of off-budget workers.

The permanent secretary of the Finance Ministry, Prasong Poontaneat, announced the postponement of the much-criticised regulation at a press conference yesterday, explaining that the regulation had been written in a complicated way and had caused serious misunderstanding and confusion among official agencies.

“We would like to emphasise that this regulation does not intend to take away the authority of the agencies to hire off-budget staff, however it is also the duty of the Finance Ministry to come out with rules that ensure discipline in spending the country’s money,” Prasong said.

He said he realised that many people opposed the regulation due to misunderstanding about its intention and worries about the consequences. The ministry arranged a meeting with the representatives of all related ministries and official agencies yesterday afternoon to discuss the new budgetary regulation to create a consensus about the rules for the use of off-budget funding to hire off-budget staff.

The Finance Ministry decision to suspend the enforcement of this regulation came just a day before the D-day for a mass demonstration by medical practitioners from the RDS and members of 17 chronic diseases patients’ networks. They had originally planned to protest outside the Finance Ministry today and march to Government House if their negotiations with the Finance Ministry were unsuccessful.

The regulation was heavily opposed by many official agencies on the grounds that the new budgetary regulations would create problems for their workforce structure, as it would have imposed restrictions on every official agency that banked on off-budget staff.

The proposal triggered protests from staff at the Public Health Ministry, as they saw the regulation as harming job security of off-budget workers and also severely affected operations to provide healthcare to the public.

After hearing the news that the Financial Ministry had backed off, Dr Kriengsak Watcharanukul, chairman of the RDS, said the groups welcomed the suspension of the regulation hence they had decided to call off today’s protest.

Kriengsak said as the Finance Ministry had agreed to consult all related agencies to improve the regulation, the network of rural doctors would closely monitor the process of improving the regulation. He warned that the networks would launch a protest against the ministry if the process were not clear within 30 days.