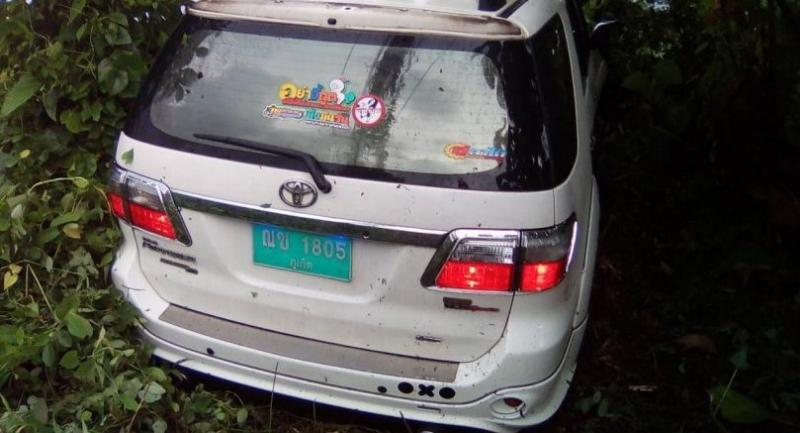 A taxi collided with a power pole in Thalang on Monday morning, but when police arrived at the scene there was no one in the car.

Thalang police were notified of an accident on Don Jom Tao Road at 6.30am.

Police officers and emergency responders arrived at the scene to find a white Toyota Fortuner SUV taxi on the side of the road after having collided with a power pole. Police were unable to find any sign of the driver.

They initially suspect that the driver, who was heading from Cherng Talay to the main Thalang intersection, might have fallen asleep at the wheel and lost control of the vehicle.

However, they are investigating and hope to find the driver, who will face a charge of reckless driving causing damage.