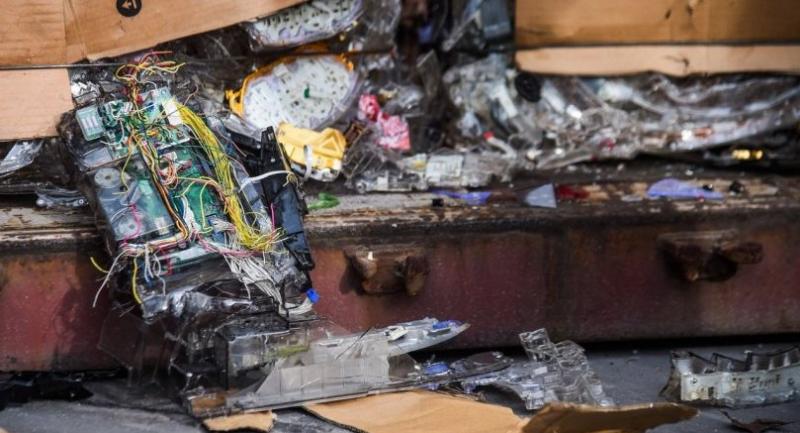 THE INDUSTRY Ministry has suspended import licences of four companies found sending electronic waste to other factories that have no permission to handle the toxic material.

Deputy Industry Minister Somchai Harnhirun said four of seven plants inspected over the weekend were found to be violating the factory law by transferring the waste.

The four companies are JPS Metal Group, Yong Thang Thai, OGI Company and SS Import Export International. They have combined capacity to deal with 150,000 tonnes of waste a year. One more factory |was being examined, Somchai said.

Companies are allowed to import toxic electronic waste from abroad in accordance with the 1992 Factory Law. Factories found violating the law would be prohibited from importing any e-waste for 10 years, the minister said.

An estimated 31 million tonnes of industrial waste will be registered in Thailand this year. Of that amount, 2 million tonnes will be of a hazardous type.

According to official assessment, Thailand has the capacity to recycle most of the waste, but 10 per cent must be disposed of.

This industrial waste will be either buried in licensed landfills or incinerated.

Prawit Horrungruang, managing director of Suntech Metals Company Ltd, meanwhile dismissed reports that it was implicated in the electronic-waste scandal that broke out on May 29.

“None of the containers police checked that day have anything to do with us,” he said adding that a supplier had once sent the wrong containers to the company three years ago, with electronic waste inside.

Greenpeace country director for Thailand Tara Buakamsri said the problem of electronic waste smuggling to Thailand was not new, as this trade is a global business that generates huge profits. Thailand has indeed long been the destination for hazardous waste dumping, Tara added.

He emphasised urgent government measures were necessary to stop the flow of hazardous electronic waste into the country, since the wellbeing of citizens and their right to live in a healthy environment was at stake.

“Thailand has quite strong laws and regulations for hazardous waste management, but what the authorities lack is strict enforcement of those laws,” he said.

Dr Wachira Phengchan, director-general of the Health Department said toxins in electronic waste are health hazards whether they are consumed, exposed to the skin or inhaled.

Wachira said children and pregnant women face the highest risk from exposure to heavy metals and other poisons in e-waste, which can occur if they live near the recycling plants.

“The main toxic substance in electronic waste is lead, which can destroy the nervous system and disrupt child development. This e-waste also contains mercury, which is poisonous to the brain and nervous system as well,” he said.

He also warned there are other highly toxic substances in electronic waste, such as bromine, cadmium and chlorine that are very hazardous to people’s health.