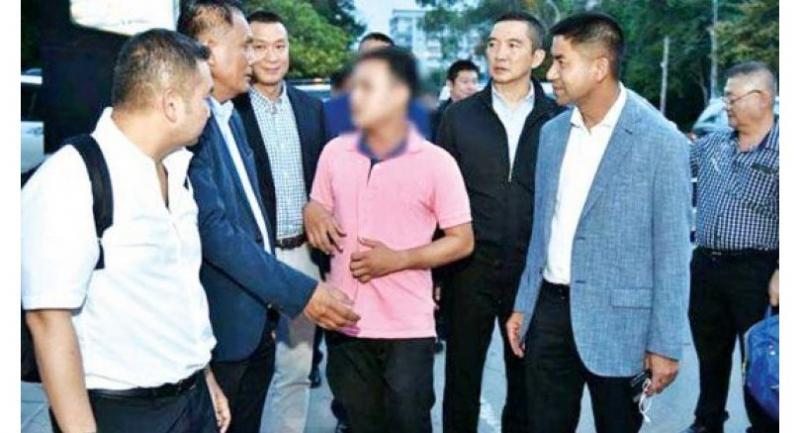 A Cambodia youth who was escorted to Thailand for questioning last week denied he had been arrested, but claimed he volunteered to assist in a cybercrime investigation relating to Thai Prime Minister Prayut Chan-o-cha.

Thai Tourist Police reported on Thursday that Heng Ratanak, thought to be the owner of the Thai-language website ratstas.com, had uploaded allegedly false information that "is likely to damage the country's security or cause panic among the people".

The website allegedly reported on May 23 that the Thai prime minister told his citizens to "fill their [petrol] tanks with water instead of diesel" in response to complaints about rising fuel prices.

Ratanak could not be reached for comment yesterday, but his Facebook post on Saturday said he was safe and receiving support from Cambodian embassy officials in Thailand.

"I will fly home after giving information to Thai authorities on a case where someone had used my personal information to post fake news that affects the Prime Minister of Thailand," he wrote.

Upon his arrival in Cambodia on Saturday afternoon, Ratanak told local media Fresh News that he had not been arrested, and that information claiming he was could ruin the relationship between Thailand and Cambodia.

However, the Bangkok Post said Ratanak was released on bail following a request from the Cambodian Embassy in Thailand.

This was disputed by Cambodian Military Police spokesman, Eng Hy, who said on Sunday that Ratanak was not arrested by Thai authorities but "went there voluntarily".