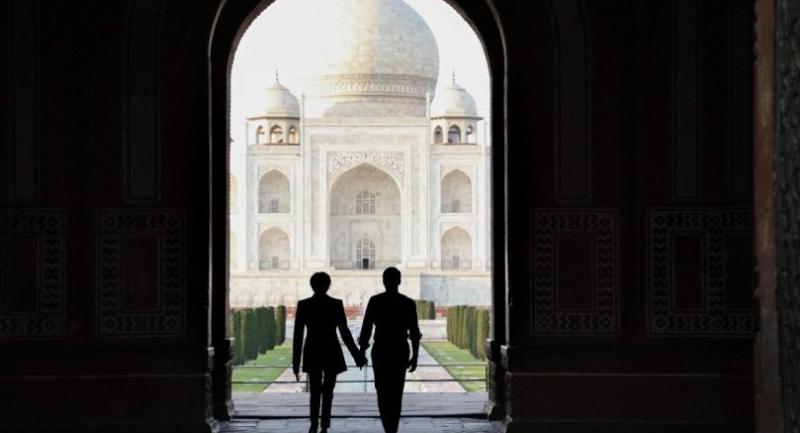 In this file photo taken on March 11, 2018 French President Emmanuel Macron (R) and his wife Brigitte Macron at the Taj Mahal in the Indian city of Agra./AFP

Prime Minister Narendra Modi has announced at an Indian diaspora meeting on Wednesday that India will offer a 30-day free visa facility for Indonesian tourists.

During the meeting at the Jakarta Convention Center, Modi also invited the Indian diaspora to come home and see "the New India".

"It is not only a new name for our country, it also contains a different concept within India and Indonesia's new friendship. I invite you to come to India and be a witness to our cultures," he said as quoted by kompas.com.

Said to be a gift for Indians, "New India" will be presented on the 75th anniversary of Indian independence in 2022.

"We have made it easier to do business in India. Our government is focusing on improving the 'ease of living' for the public with a transparent and sensitive process," Modi added.

With more than 9,000 start-ups registered in India in the last two years, Modi claimed that the country was the second biggest startup ecosystem in the world.

"The law, the apparatus and the office are the same. What changed was the government, and afterward, the country also started changing," said Modi, who arrived in Jakarta on Tuesday on his first state visit to Indonesia. (wng)