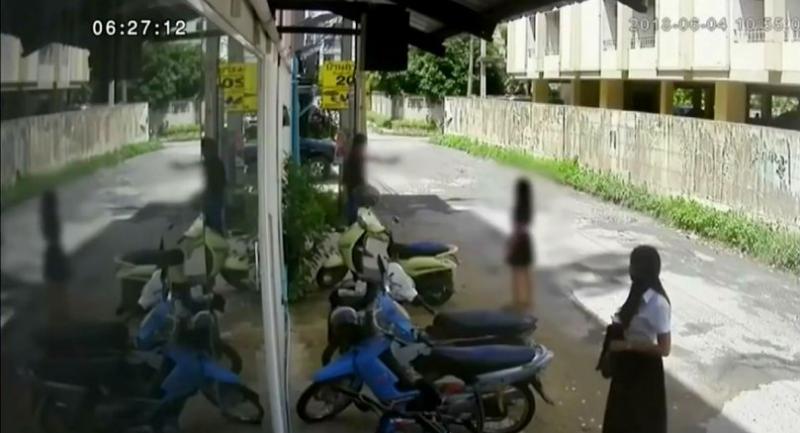 TWO SEPARATE cases in which young Thai men failed to get the reconciliations they desired, and then fatally shot their ex-girlfriends before turning the guns on themselves, have left Thai society perplexed and worried about youths’ response nowadays in the wake of rejection.

The two tragedies ended with the deaths of two young women and one perpetrator, while the other remained in a coma as of press time.

Dr Apichat Jariyavilasa, a psychiatrist and spokesman for the Department of Mental Health, said such cases of assault and killing of former partners could stem from various factors, including a person’s immature character or violence-prone upbringing, a heat-of-the-moment reaction when hurtful words are exchanged or narcotic/alcohol abuse. He urged people suffering heartbreak or severe disappointment to the point of it affecting their health, causing insomnia or suicidal thoughts, to seek a psychiatrist’s help or call the department’s hotline 1323.

The popular Facebook-based community page “Drama Addict” says there have been far too many news reports of Thai men killing their ex-girlfriends who refused to reconcile. Besides being a horrifying indication that many young men are unable to cope maturely with rejection, the Facebook page said even more disturbing was the tone used by many other men’s comments on such stories in order to justify such violence. “It makes me wonder what has caused many Thai youths to turn out this way,” said the page administrators. “What did we miss? Did we give up teaching children about being a gentleman or respecting the opposite sex? What can we do to solve this horrible value?" In one incident at Nakhon Pathom’s Salaya district, 25-year-old Phakkapong Jittarom killed his 21-year-old university student ex-girlfriend Natchariya Thaprajit outside her apartment on Monday after she rejected his offers to get back with him. Phakkapong initially survived a suicide gunshot in the neck but died that night at Nakhon Pathom Centre Hospital. The horrific incident was captured in a CCTV footage, which showed Phakkapong shooting his ex-partner in the head before sitting next to her body and shooting himself in the neck. Natchariya’s grieving mother and relatives from Surin collected the body from the morgue and described the young woman as being the family's hope and pride; a good and hard-working student with a bright future ahead of her.

Natchariya’s mother Jirapinya Inthasen, trying her utmost to hold back her tears, said she forgave all those involved and only wished that her daughter's spirit be at peace.

Phakkapong's parents went to the police to offer information about their son and later collected their son's body, a police source said. The other incident occurred in Bangkok’s Min Buri district at 8.30am on Monday, when Kannaporn Pongchai-in, 18, allegedly shot his 17-year-old ex-girlfriend Sornsawan Chalardthanyakit and turned the gun on himself at the clothes shop she worked at in the New Min Buri Market on Soi Plathong 7. Sornsawan, who sustained a gunshot wound in her chest was pronounced dead yesterday morning and Kannaporn, who reportedly shot her after she turned down his latest request to reunite with her, remains in a coma.