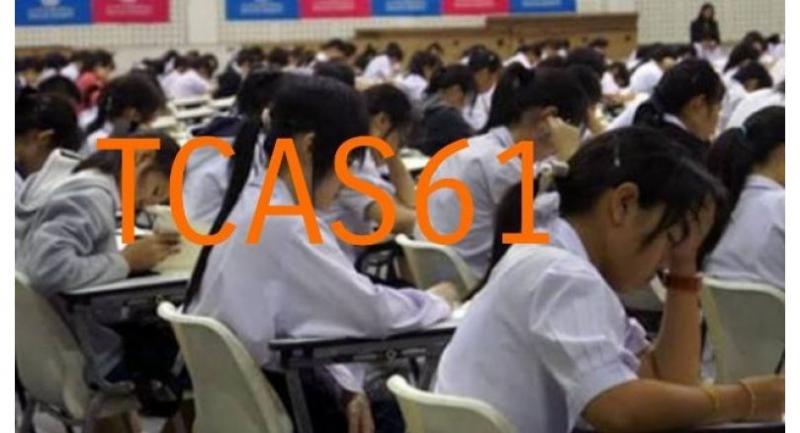 THE COUNCIL of University Presidents of Thailand (CUPT) has urged critics of its new central admission system to be patient as they anticipate that problems will significantly ease before the end of this week.

Nearly half of applicants in the third round of the new Thai University Central Admission System (TCAS), which is being introduced for the first time this year, have cried foul because they were not awarded places despite the third round attracting just 106,495 applicants for 100,334 available seats.

Some universities, meanwhile, are dismayed that some of their programmes have not yet received any new confirmed students.

The problem has occurred because the third round of TCAS allows each applicant to choose up to four favourite higher-educational programmes and if their scores are high enough, they can be offered seats in all four.

Although the best candidates will have to choose just one programme in the end, the fact they have the choice in their hands means many others have to wait to learn their fate. Universities also have to consider what to do with seats given up by successful candidates.

Because of the outcry from students who failed to get a seat from the third round, the CUPT resolved to add the 3/2 round late last month.

The extra round represents a bid to fill nearly 50,000 seats that became vacant because successful candidates chose other options and the results came out yesterday.

Anxiety ran high among students, their parents and university lecturers.

Many academics lamented on social media that their higher-education programmes, which had long proven popular, had many empty seats at the end of the 3/1 round.

For example, Chulalongkorn University’s Faculty of Engineering has 610 seats available for new students but just 269 candidates had in the 3/1 round confirmed their wish to accept a place, meaning it still had 341 seats empty.

The university’s Faculty of Science has 14 seats available for its maths programme but not one of the 14 successful candidates in the 3/1 round confirmed their wish to take up the offer.

“But now that we have added the 3/2 round, problems should significantly reduce,” Prasert said.

He said universities should not complain as they all took part in designing TCAS. Assistant Professor Athapol Anunthavorasakul, who teaches at Chulalongkorn University’s Faculty of Education, said the designers of TCAS might have failed to listen carefully to the involved parties “otherwise, such scale of problems would have not occurred”.

Sompong Jitradub, a lecturer at the same university, said it was not wrong for highly-successful students to be offered several places by the system before having to make up their minds. “It’s not their fault. The problem lies with how TCAS is designed,” he said.

Sompong said he understood the CUPT’s good intention in developing TCAS “but as problems have arisen, it is necessary that CUPT solve them fast”.

Sompong said that if students vying for a place in a medical school were not allowed to compete against students for other programmes, the problems might reduce considerably.

Most successful candidates confirmed their right to study at medical schools in the 3/1 round.

Students who have not yet secured any seat in a higher-education programme at the end of the 3/2 round may submit an application via the fourth or fifth round of TCAS.

Prasert said the CUPT would evaluate the TCAS system in October.