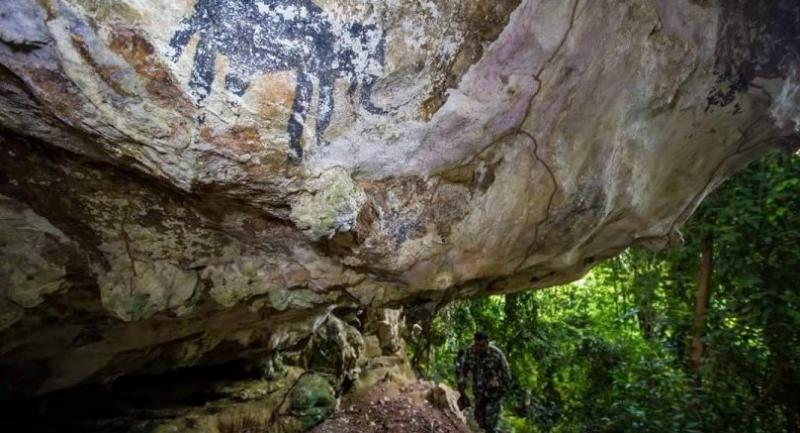 Officials believe the area was home to an ancient community.

More than 60 ancient paintings, thought to be around 3,000-5,000 years old, have been found at the Khao Pru Tee Mae cliff in Mount Chong Lom, Ao Luek, Krabi.

A team of archaeologists from the Fine Arts Department last month found more than 30 paintings of monkeys, humans, elephants and geometric forms along the 300-metre-high cliff. This week an additional 30 paintings have also been found near the first area. These paintings show stories of adults and children, marine life, fishermen and elephants.

Officials believe the area was home to a community of ancient humans.

Niwat Wattanayommanapohn from Krabi Provincial Cultural Council said: “The area has only been half surveyed. They say many more ancient remains and items have yet to be discovered.” Krabi has many cliffs and caves where ancient colour painting, stone tools, beads, pottery and skeletal remains have been found.

It is believed that Krabi has been home to homo sapiens since 25,000-35,000BC. In recorded times, it was called Ban Thai Samor and was one of 12 towns that used, before people were widely literate, the monkey for its standard. At that time, around 1200AD, Krabi was part of the Kingdom of Ligor, a city on the Kra peninsular’s east coast where Nakorn Sri Thammarat is today.