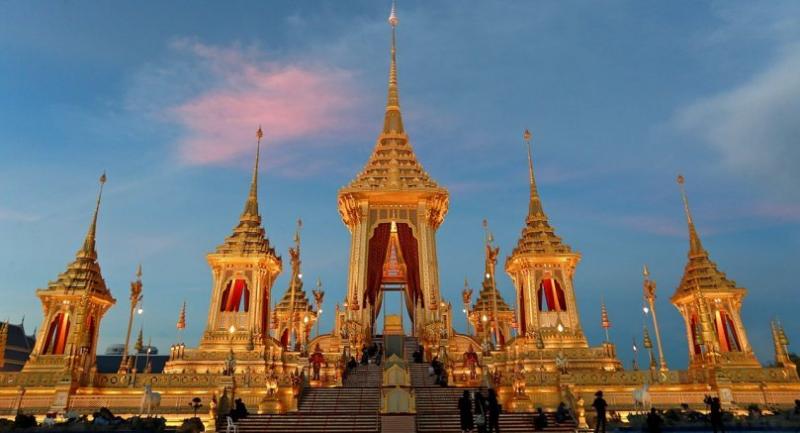 The deconstruction of the King Rama IX’s Royal Crematorium is completed and the Culture Ministry’s Fine Arts Department has relocated some components for display at various palaces and museums around the country, Deputy Prime Minister Visanu Krua-ngam announced at Government House on Wednesday.

The Culture Ministry is meanwhile constructing a new museum in Pathum Thani to permanently house the major architectural elements, some pavilions and exhibitions from the Royal Crematorium.

He said that an exhibition featuring the Royal Crematorium is now on display at Phayathai Palace in Bangkok, while the Royal Pyre is being exhibited at National Museum Bangkok.

Sculptures and other decorative arts are also to be housed at the Fine Arts Department in Nakhon Pathom’s Salaya and the National Archives in Honour of His Majesty King Bhumibol Adulyadej in Prathum Thani’s Klong 5, known as The Rama IX Archive. The interior decorations were divided up to be displayed at various palaces and museums.

Pots of plants are now being used to decorate Suan Kularb Palace in Bangkok, Klai Kangwon Palace, the primary summer royal residence of the late King Bhumibol Adulyadej, and The Rama IX Archive.

The cement blocks used for making the floors were also divided to store for various museums. Other construction materials that could not be reused will be burnt and buried under the earth at Ayutthaya Historical Park.