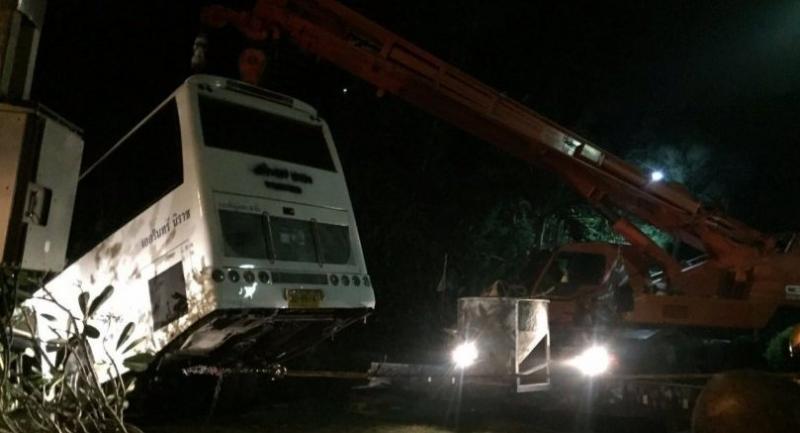 A bus carrying 33 Chinese tourists to a hotel in Phuket developed a brake malfunction and was on the brink of falling into a roadside ravine in Phuket’s Muang district late on Tuesday night.

Pol Captain Suriyong Buakerdphet, deputy inspector of Karon police station, said it was fortunate that the bus driver managed to slow down by grazing the bus along a concrete roadside barrier until it stopped by hitting a parked pickup truck, sending the pickup down the ravine instead. According to Suriyong, the accident happened at 11pm on the downhill road on Kata Mountain in Tambon Karon. None of the tourists was injured.

The bus driver, who police did not identify, said he picked up the tourists at Chalong Intersection to take them to a hotel on Kata Beach.

He said when he was driving on the downhill road, he realised that the brake did not work. He decided to graze the bus along the barrier, which was on the opposite side of the road. Fortunately, there was no traffic coming in that direction.

The driver said the bus scraped along the fence for about 50 metres before it hit the pickup, sending it down the 8-metre deep ravine. The bus then managed to stop.

The tourists were later safely transferred to their hotel in another bus.