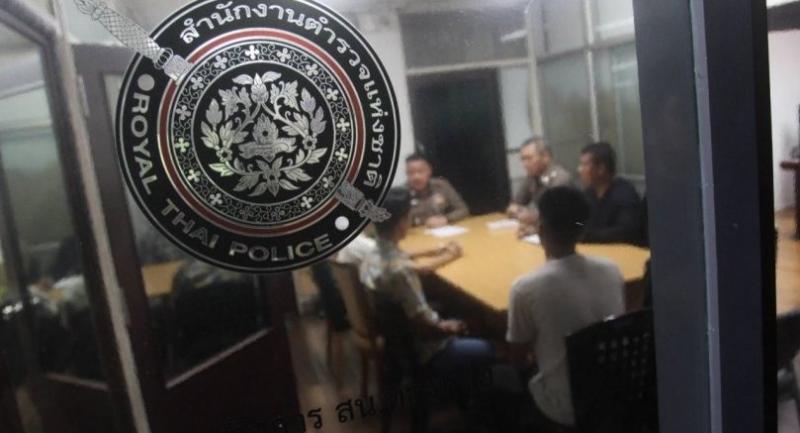 Police on Thursday afternoon apprehended four young men who had filmed themselves performing a “free-running” show by jumping and running on the hoods of vehicles stuck in Bangkok traffic.

The four “Youtubers” - identified as Suphot Sakobkaew, 20, Wanchalerm Premkasem, 19 and two other boys aged 18 and 16 (names withheld due to their age) - were arrested from a computer game cafe in Samut Prakan's Phraek Sa area. Each of them were fined at Bt1,000 over the charge of causing a public disturbance per each stunt carried out at jurisdiction areas of Thong Lor and Lumphini precints. The four were apparently seeking YouTube fame by shooting clips of themselves free running in various places and then editing and joining the clips. Among other things, they were seen sliding down an escalator rail, jumping on the roof of a subway station, jumping on a sidewalk fence, as well as jumping on and running along the hoods of vehicles stuck in traffic. Most Facebook users criticised them for causing a nuisance and damaging other people’s cars.