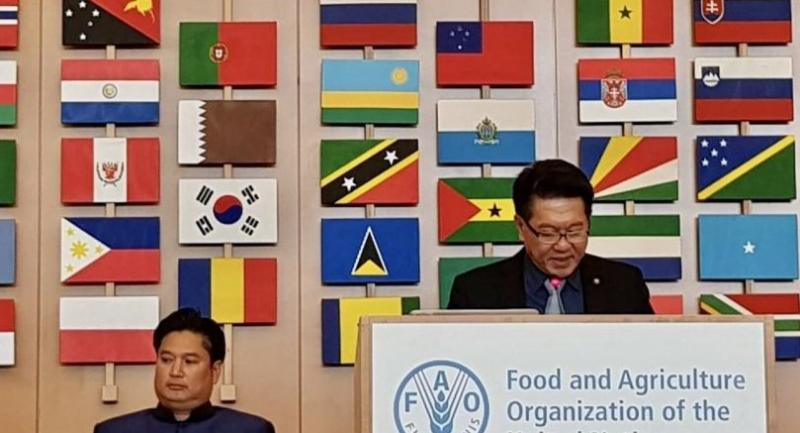 The directorgeneral of the UN’s Food and Agriculture Organisation has praised the recent progress made by Thailand to address problems of illegal, unreported and unregulated (IUU) fishing.

Jose Graziano Da Silva told representatives of Thailand at a recent meeting in Rome that he was also pleased to see Thailand become a party to world’s first international agreement to combat IUU fishing, the Port State Measures Agreement (PSMA).

In July representatives of Thailand’s Department of Fisheries will attend a meeting of the Committee on Fisheries at FAO’s Rome headquarters to report on the progress of IUU related issues to FAO’s member countries. Da Silva said that FAO is pleased to support the “World Soil Day Award” to be held each December 5 in Thailand. FAO will put together a selection committee under UN guidelines to ensure transparency in the selection process for Award winners, he said.

The World Soil Day Award will be given to individuals or organisations with outstanding performance in organising the World Soil Day event to strengthen and promote relevant activities on advocacy, capacity building, knowledge and raising awareness of soil conservation and management for sustainable food security.

World Soil Day (WSD) is held each December 5 to focus attention on the importance of healthy soil and to advocate for the sustainable management of soil resources. FAO supports the award as a global awarenessraising platform under Thailand’s leadership and within the framework of the Global Soil Partnership.

The FAO Conference unanimously endorsed World Soil Day in June 2013 and requested its official adoption at the 68th UN General Assembly, which occurred that December.

December 5 was chosen for WSD as it was the birthday of His Majesty the late King Bhumibol Adulyadej. His Majesty officially sanctioned the event, and was himself a soil scientist who made a major contribution to soil studies and sustainable soil management.

Lertviroj discussed policies and practices for managing soil and water resources for sustainable agriculture with the FAO’s Director of Soil and Water Resources Division.

A presentation to FAO explained the late King’s sufficiency economy philosophy (SEP) and an approach to agriculture that integrates sustainable soil, water and forest management under the “Khok Nong Na model”.