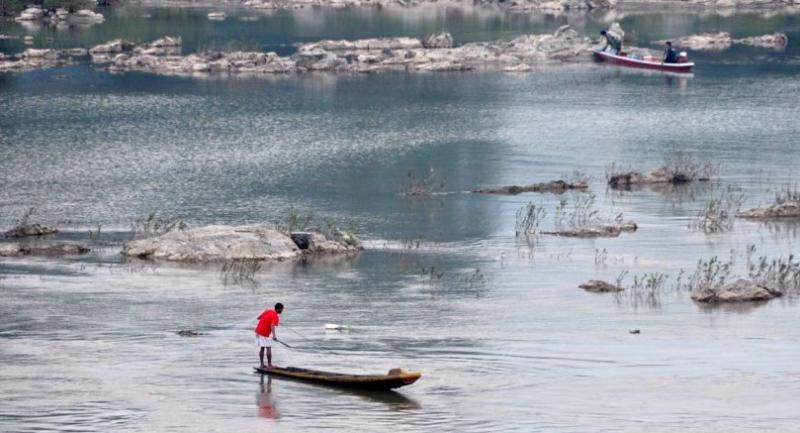 Critics worry about the impact on northeast from Mekong projects.

A NEW HYDROPOWER dam project on the mainstream Mekong River in Laos has been proposed to the Mekong River Commission Secretariat (MRCS), despite concerns over transboundary environmental impacts from the dam and ineffectiveness of the Procedures for Notification, Prior Consultation and Agreement (PNPCA) process.

The MRCS revealed on its website that the Lao government had submitted an official notification with detailed description of the Pak Lay hydropower project to the agency on Wednesday. It will begin the formal process of prior consultation under the PNPCA process before commencement of construction.

“The MRCS will, within one month, review the document and verify its completeness against the prior consultation procedures before forwarding the case to the MRC’s Joint Committee, a body consisting of four member countries’ representatives at the head of department level where the consultation takes place,” MRCS said on its website.

The Pak Lay hydropower dam will be built over the mainstream Mekong River in the Pak Lay area of Xayaburi province in northern Laos, downstream from the Xayaburi Dam and around 11 kilometres upstream from the Thai border in the Chiang Khan district of Loei province.

The dam will have the capacity to generate 770 megawatts of electricity and construction is expected to start in 2022 and finish in 2029, according to the MRCS, while commercial operations are scheduled to begin in the same year after completion of construction.

The Pak Lay dam will be the fourth hydropower dam on the mainstream Mekong River after the Xayaburi, Don Sahong and Pak Beng dams.

There was no mention about the dam developer on the MRCS website, but information in earlier reports indicated that the Lao government has granted a 30-year concession to develop this project to China National Electronics Import and Export Corporation and Sinohydro Corporation.

It was also earlier reported that the hydropower dam project would cost up to US$1.8 billion (Bt58 billion) and it was estimated that upon completion of the Pak Lay dam, more than 3,500 local people in Xayaburi province and Vientiane province will have to relocate, as some 485,000 rai (77,600 hectares) of land would be submerged under the dam’s reservoir.

Channarong Wongla of the Rak Chiang Khan Conservation Group expressed his concerns over the possible impacts from the dam on the people of Laos as well as Thailand.

“We are affected every year by fluctuating water flows from Chinese dams upstream, and if the Pak Lay Dam is built it will create huge impacts on the livelihood of local people living along the Mekong River in northeastern Thailand.”

The construction of the new dam on the mainstream Mekong River would only further intensify transboundary impacts on people’s livelihoods and the river’s ecosystem, he said.

“The MRC and the government of Laos are incapable of seeing the whole river; they simply want to divide it into sections to exploit. We are witnessing the unfolding of a social and ecological disaster,” Pianporn said in her statement.