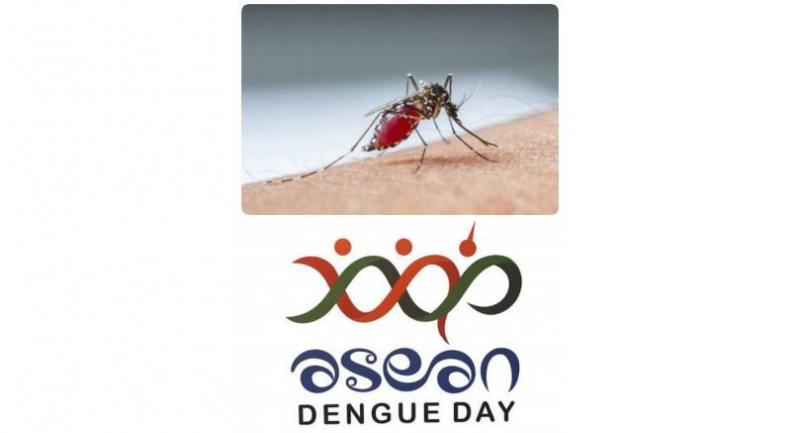 Meeting in Malaysia to discuss controlling the disease amid increasing cases

THE ASEAN region is the most vulnerable to the threat of potentially-fatal dengue fever, according to a report by the World Health Organisation.

Last year, more than 425,000 people in Asean nations came down with the disease, the highest number of any region in the world.

Asean nations have stood united in their initiatives against dengue fever and for eight years now, June 15 has been observed across the region as Asean Dengue Day.

To mark the occasion and heighten dengue awareness, their representatives attended two days of regional activities in Singapore to intensify efforts to prevent the spread of the disease. Next month, they will also meet in Malaysia to advance their goal.

“We are a tropical region, hence the weather conditions are conducive for the breeding of mosquitoes, the carrier of the disease,” Public Health Ministry inspector-general Dr Suthep Petchmark said during a visit to Prachin Buri province to mark Asean Dengue Day 2018.

The World Health Organisation has noted that many Southeast Asian nations are highly vulnerable to dengue transmissions.

Based on statistics between 2004 and 2010, five Asean members have ranked themselves among the 10 most highly endemic nations. The five are: Indonesia, Vietnam, Thailand, the Philippines and Malaysia. To combat the threat of the disease, Asean has been campaigning under the theme “One Asean Community against Dengue” this year to encourage all involved to eradicate the breeding grounds of mosquitoes and do more to prevent the disease spreading.

In Thailand, the Disease Control Department has diligently educated people about dengue fever and its prevention.

This year, dengue fever has already hit 17,302 people in Thailand and caused 21 deaths. Of the fatalities, 14 were patients older than 15 years old and had underlying illnesses such as diabetes and heart disease.

The incidence of dengue fever is usually highest between May and August, which mark the rainy season.

Preecha Prempree, who heads the Vector Borne Diseases Office, said yesterday he was worried that dengue-fever cases in Thailand would increase this year because the rainy season had started earlier than usual.

“In addition, public alertness to the dangers of mosquitoes has weakened,” he said.

When popular actor Tridsadee “Por” Sahawong died of dengue haemorrhagic fever in 2016, the Thai public became acutely aware of the disease and its danger. So when Zika arose soon after, efforts to eradicate mosquitoes – also main vectors for Zika – were stepped up.

The momentum has apparently been lost after the spread of Zika and dengue fever in Thailand has been well under control over the past two years.

“But we can’t lower our guard. Incidences of dengue fever in countries around us have been rising. Laos, Myanmar and Cambodia have seen more case of dengue fever,” Preecha said.

According to Suthep, campaigns against dengue fever will not be restricted to just schools and households. Factories are in focus too. “We are encouraging entrepreneurs to keep their compounds mosquito-free and advise their workers to immediately see doctors if they have high fever for two days. If members of the workforce fall ill, it can affect factory operations and the country’s economy too,” Suthep said.

Preecha said campaigning was a key part of efforts to combat the dengue threat in Asean.

“The upcoming Asean meeting will definitely discuss vector control. It’s an effective way to rein in the spread of the disease,” he said.

Preecha said vaccination was unlikely to be the focus of the upcoming meeting, as no effective vaccine had been available in the market yet.