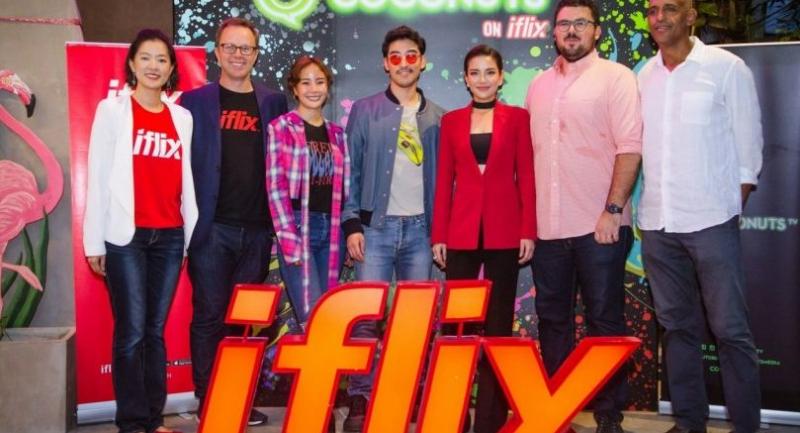 iflix Wednesday announced the launch of Coconuts TV on iflix, a bold and edgy documentary series that spotlights Southeast Asia's most weird and wondrous stories.

From Wednesday, iflix member can stream and download all six episodes of the docu-series on any device, iflix said in a press statement.

Among other things, the series exose the world of Miss Tiffany's, where transgenders-women open up about their battles for acceptance in Thai society.

The series let views learn about an app designed for sugar babies searching for their sugar daddy. Views can also meet the fisherman in Malaysia who reveal a shocking truth about their community.

Views will be allowed to dive into a culinary world where the main course is bugs, Coconuts TV on iflix takes an in depth, uncensored look at the most fascinating and undiscovered phenomena in Southeast Asia.

iflix Global Director of Short Form Content, Craig Galvin said: "Both iflix and Coconuts share a common passion for bringing unconventional, compelling and deeply relevant stories about Asia to our audiences. The series showcases real people and places overlooked or even shunned by traditional news media, taking an unfiltered and youth-oriented approach to news and subculture – offering a perspective on the region you don't often get to see."

Coconuts Media Founder and CEO, Byron Perry added: "Our goal with Coconuts TV on iflix is to knock your socks off with weird and wondrous documentary stories that you can't get anywhere else... and we humbly hope we've achieved that. Not only did we want to shed light on these untold people and phenomena, we also wanted our audience to give a damn about them. It's been tremendous to partner with iflix, and we can't wait for the world to see this show."

Now available to over one billion consumers across 27 territories throughout Asia, the Middle East and Africa, iflix has established itself as the clear market leader in video streaming. Offering consumers a vast library of top Hollywood, regional, and local TV shows and movies, including many first run exclusives and award-winning programs, each subscription allows users to access the service on up to five devices, including phones, laptops, tablets, and television sets, for viewing wherever, whenever.

Let's talk about sex baby. Explore the many facets of how sex has shaped South East Asia's modern culture, music, and society. Conventional, consensual, or condescending?

True grit, survival, adaptation, & passion - the formula to cultivate greatness. Follow the rise of superstars from historically marginalized groups within society, exposing the difference between who we are and who we want to be.

Dive under the skin and into the depths of needle-sharing fisherman and unfold the deadly razor-sharp thrill of the famed balisong butterfly knife. Two different stories, two different kinds of highs.

Unveil spirituality, mindfulness, and healing with a legendary horse riding, kickboxing, drug-fighting monk. Then explore a volcanic active region where nature knows no kings nor gives no mercy to the wildlife around it.

The only assurance in life is change. Follow the rise of gender equality in Malaysian motorsports and the demise of the iconic Filipino jeepney. Witness the evolution and how steadfast communities adapt to these fast times.

Has anyone told you about the birds and the... bugs? Access the underbelly of Asia's fascination for cockfighting, songbirds, and the renaissance of mainstream insect-eating culture.