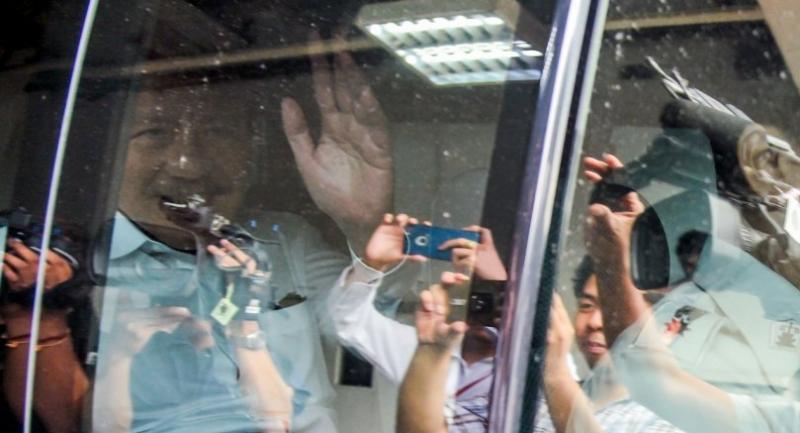 CHUVIT KAMOLVISIT, a former massage-parlour owner and politician who has become a media celebrity, was on Thursday sentenced to a month in jail for failing to report his co-ownership in a restaurant.

The Supreme Court’s Criminal Division for Political Office Holders found on Thursday that Chuvit had violated the anti-corruption law by failing to include his shareholding in a restaurant in his financial report submitted to the National Anti-Corruption Commission (NACC).

As a former MP, Chuvit was required by the law to submit a financial report about his assets and debt one year after leaving his MP position in December 2013. Chuvit, 56, was the leader of the Rak Prathet Thai Party. He was taken to the Bangkok Remand Prison on Thursday after the court denied his request for bail.

The court initially sentenced Chuvit to two months’ imprisonment but reduced the jail term by half after he confessed to the irregularity.

The court also divested Chuvit of his political rights for five years under the anti-corruption law, starting from December 2013 when he last left his MP seat.

The NACC brought the case to court after discovering that Chuvit had failed to mention in his financial report his Bt150,000 investment in the restaurant.