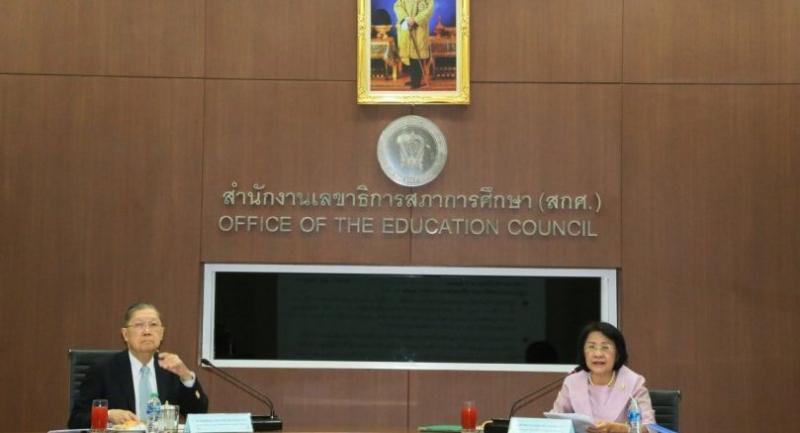 Speaking at a consultation session on the bill, Somkiat said that while many parts of the draft law apparently embraced Finland’s renowned class-based education approach, it placed an emphasis on “accountability” – the key element in the United States’ (US) educational framework.

“So, I can’t help feeling that the key essence in the bill is not yet clear,” Somkiat said.

The National Education Bill, which features 89 articles, is intended as the key law in upcoming education reform.

Somkiat emphasised that it was necessary to have a very clear-cut approach to education.

He said the shift away from exams indicates the bill’s drafters are gearing Thailand’s educational sector towards the Finnish model. Yet, budget allocation based on key performance indicators of students, teachers and school executives strongly hint at the US model.

Moreover, Somkiat felt the National Education Bill had not sufficiently addressed IT trends.

He wondered about the broadcast-frequency allocation clause, given that the Internet already covered almost all of Thailand.

“In my opinion, the present rate of subsidies for private schools is not yet fair,” he said.

By law, the state has the duty to provide 12 years of free education to Thais. Private schools are also entitled to some subsidies from the government.

Parichat Preeyachot, an executive from Preeyachot School in Nakhon Sawan province, said private schools had barely stayed afloat with meagre state-granted subsidies that were calculated according to their number of students.

The difference in per-head subsidies between public and private schools is greater than Bt24,000.

“So, I absolutely agree with Article 55 of the National Education Bill that prescribes remuneration for personnel at both private and state schools,” Parichat said.

Werachai Techajit, an honorary advisor to the National Legislative Assembly’s committee on education, said he hoped the bill would require the Thai Chamber of Commerce and the Federation of Thai Industries to compile information and conduct research to determine actual labour needs. Then the Curriculum Development Institute – which will be established in the upcoming education reform – could prepare suitable programme content.

Independent Committee for Education Reform (ICER) chairman Professor Charas Suwanwela revealed that his committee was thinking about giving financial resources directly to schools, instead of via educational service area offices. “We hope efficiency will then improve,” he said. “Central agencies should provide supporting roles only.”

Regarding the structure, Somkiat said it would be necessary to rethink the roles of provincial education committees too. These committees sprang from an order given by the National Council for Peace and Order.

According to the ICER, Thailand has spent nearly Bt900 billion on educational affairs each year, or 6.1 per cent of the country’s gross domestic product.

“Remuneration for teachers has been rising in recent years while the number of students has been decreasing,” ICER member Professor Chaiyuth Punyasavatsut said.