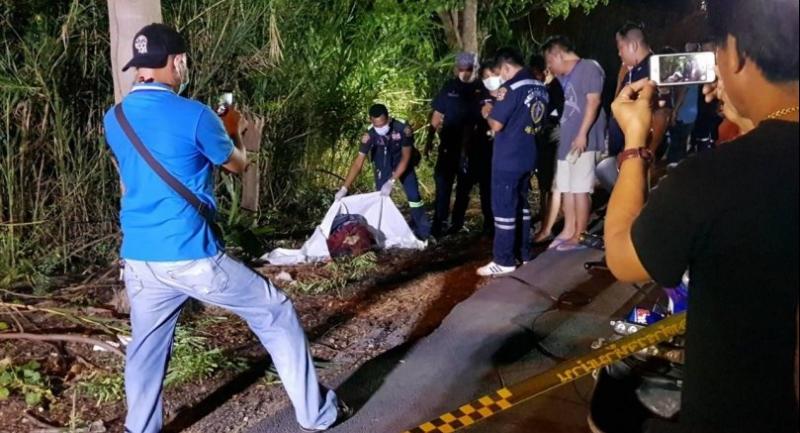 The mutilated body of an unidentified woman was found on a remote road in Bangkok’s Klong Samwa district late on Friday, police said.

The Min Buri Police Station was alerted after some body parts were found at 10.30pm.

The mutilated parts were found stuffed in a black bag, two fertilizer bags and a garbage bag.

Police said when the decomposed body parts were put together, it was found that the right arm was still missing.

Police said there was no document to identify the woman who appeared to be around 30 to 35 years old.

The forehead apparently had been hit by a hard object. A rescue worker of the Rom Sai Foundation spotted the black bag on Samwa Road off Suwinthawong Road near the Tesco Lotus Min Buri shopping mall. The bag was found amidst tall grass by the road side.

The rescue worker said he regularly used the road and he had spotted the bag about three days ago but he did not pay attention to it until Friday night when he smelled the strong stench so he stopped and checked the bag and found a human head.

He informed police. Two fertilizer bags and a garbage bag were found nearby in which more body parts discovered.

Among items found in the bags were an underwear, two bras, a handkerchief, a gold ring, a T-shirt, pink eyeglasses, a pair of ear rings, a pearl bracelet and four fashion rings.

Police have yet to check the identity of the victim by coordinating with missing persons report centre.