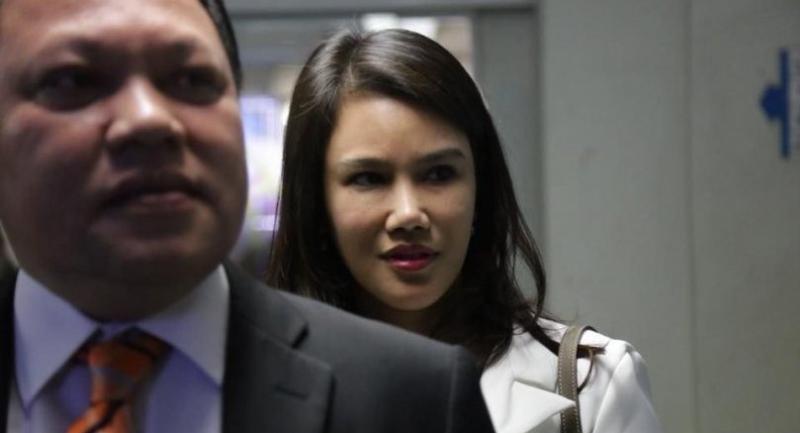 An arrest warrant was issued on Tuesday for Santi Thongsem, a 31-year-old lawyer sentenced to death for helping to arrange the 2013 murder of Olympic marksman Jakkrit Panichpatikum, after he failed to show up for the Appeals Court’s reading of its verdict without giving any reason.

His no-show also prompted the reading of the court’s ruling to be postponed to August 7.

The latest development extends the nail-biting period for Jakkrit's 41-year-old widow, Nithiwadee “Mor Nim” Phucharoenyos, before she can hear the result of her own appeal against a murder conviction by the primary court in December 2016 after she was found guilty of masterminding her husband’s killing.

Nithiwadee and two other defendants – Jeerasak Klinkhai, the gunman, and Tawatchai Phetchote, who trailed Jakkrit on October 19, 2013 to inform Jeerasak of the target’s precise location – were, however, present to hear the Appeals Court’s verdict on Tuesday.

The reading of the verdict had initially been postponed from May 8 to June 21, but the court allowed a further delay to June 26 because it had not yet finalised its ruling by last Thursday.

Moreover, Santi had failed to show up on May 8, with his lawyer citing that the appellant’s car had broken down in Phatthalung.

At that time, Nithiwadee also had asked to “perform her last duty as a mother” by attending a school meeting for her youngest son on June 21.

Her lawyer, Chamnan Chadit, said that whatever the verdict at the Appeals Court, his client would post Bt2 million to apply for release on bail while the case was taken to the Supreme Court.

Jeerasak and Tawatchai have been in a remand prison since their capture in September 2016.

The two men, both 36, earlier had their death sentences commuted to life in prison by the primary court because they had provided useful information to the authorities.

Nithiwadee and Santi had been released on bail, on condition that they did not leave Thailand.

The four defendants were also ordered by the primary court to pay Jakkrit’s parents Bt2.5-million compensation plus 7.5 per cent annual interest, due from the lawsuit-filing date in September 2014 until full payment is made.

Another defendant, Nithiwadee’s 75-year-old mother Surang Duangchinda, had earlier been acquitted by the primary court, as there was no evidence to support the claim that she had had Jakkrit killed because she could not bear to see him abuse her daughter any longer.