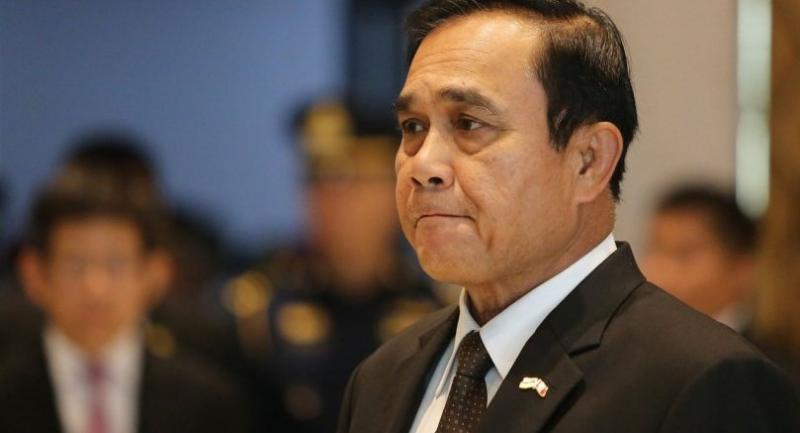 Prayut hailed his meetings with Macron and UK Prime Minister Theresa May a success after discussing business deals.

The junta chief had been barred from visiting the European Union after he staged a military coup to topple an elected civilian government in 2014.

However, the election has been delayed, with no firm date yet established. A meeting between Deputy Prime Minister Prawit Wongsuwan and representatives of political parties on Sunday discussed the possibility of holding the next election between late February and early May of next year.

In his meeting with Prayut in Paris, Macron called for a “return to democracy” in Thailand, according to the website of weekly news magazine L’Express in Paris.

Macron “expressed the willingness of France to accompany Thailand, a long-time friend and important partner of France in Southeast Asia, on the road back to democracy, as well as its attention to the situation of fundamental rights in this country,” the website said, quoting the Elysee Palace statement.

Prayut said Thailand was following its road map to democracy and would see an election in February next year.

He invited Macron to pay an official visit to Thailand and join the Asean summit next year when Thailand would hold the chairmanship of the group.

The EU is a dialogue partner of Asean and Thailand is currently the coordinator between the two blocks.

The two leaders also witnessed the signing of an agreement between THAI airways and Airbus Commercial Aircraft to launch an aircraft maintenance centre at U-Tapao International Airport, and also the purchase of the THEOS II Satellite by Geo-Informatics and Space Technology Development Agency from Airbus Defence and Space SAS.

A group of Thai dissidents and activists held a protest in Paris against Prayut’s trip. It led by well-known exiled critics of the junta government including Jaran Ditapichai, Junya Yimprasert and Saran Chuichai, who is better known as Aum Neko. The group of about a dozen people gathered in front of the Paris hotel where Prayut and the Thai delegation were staying and held banners reading, “We feel shame for the visit of dictator to France” and “Return democracy to Thai people, we want to vote”.Junya told The Nation that she believed the protest would be a reminder to the junta that it was not easy to lie to the people about politics.

If Prayut visited Europe again, he could face a more serious and organised protest, she added.

Junya and Aum Neko also expressed their disappointment at the French government for welcoming an authoritarian leader, effectively putting economic benefits over democracy and human rights.