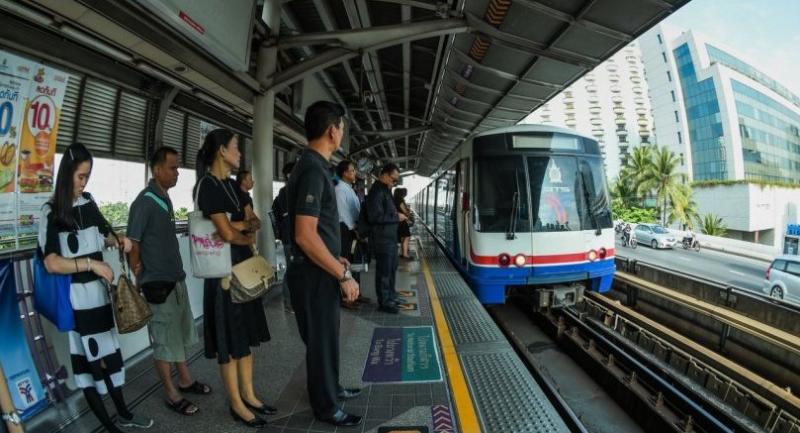 THE NATIONAL Broadcasting and Telecom Commission (NBTC) will today step in to help solve the radio frequency interference problem that has hit Bangkok’s Skytrain service, causing a commuter nightmare for two consecutive days this week.

Skytrain operator BTS plc (BTSC), Dtac and TOT plc will attend a meeting today, hosted by the NBTC, to tackle the issue.

Switching to a manual mode has caused delays of BTS trains on both the Sukhumvit and Silom lines since early Monday.

Takorn Tantasit, the NBTC secretary-general, said the agency had sent its mobile unit to collect information and check the use of radio frequencies at major BTS stations along the routes to determine the cause of interference.

Dtac, one of the country’s major mobile phone operators, also uses frequencies that are close to the same range.

Dtac has denied its mobile frequency band has interfered with the BTS automatic traffic management system. Prathet Tankuranan, deputy CEO of DTAC, said the state-owned TOT licensed the 2,300 MHz bandwidth to the firm and no transmission of signals is beyond the allocated bandwidth. He said Dtac is ready to work with BTSC to solve the problem.

A Chulalongkorn University engineering lecturer had hinted that the inference might be caused by the 2,300 MHz bandwidth mobile signal because skytrains use 2.4 MHz and 5 MHz radio signals for WiFi communications in the automatic traffic management system.

In addition, BTSC may seek approval from the NBTC to use another radio frequency which is dedicated to its control system rather than using the current 2,400 MHz, so there is no possibility of interference.

According to BTSC, radio frequency interference has been detected at several BTS stations, especially Siam and Prompong stations.

The popularity of Wifi services in the busy Sukhumvit area, where one of the major Skytrain routes is operating, is another factor contributing to the interference since the current BTS communication system has no special feature to avoid interference.

Commuters have called on the company to provide more long-range information so that the public can adjust their plans and avoid extended delays, especially during rush hours.

The Skytrain operator earlier suggested that there would likely be delays until the end of this year until an expanded service from Baring to Samut Prakan is operational along with the new train management and control system.