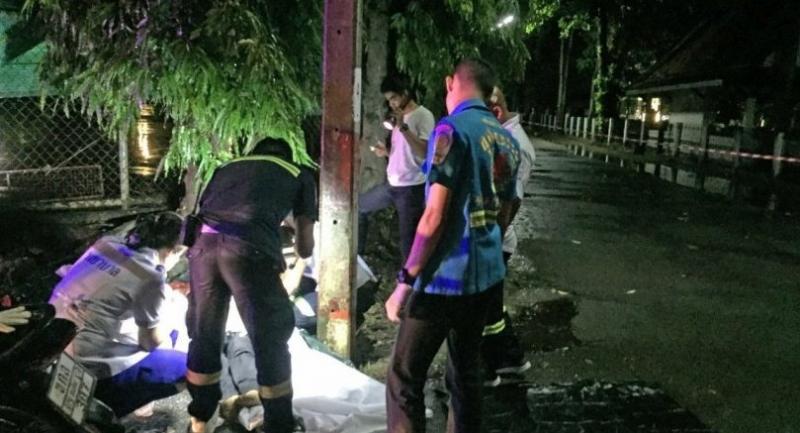 A janitor of a well-known school in Phuket was found dead early Thursday, his head apparently bashed in by a wooden stick found nearby.

The Muang Phuket police station was alerted at 3.20am that the body of Suparp Meesaen, 59, was lying beside a tennis court near the Phuket provincial hall on Damrong road in Tambon Talad Yai of Muang district. In addition to the severe head wound, his left arm had also been broken and the left side of his jaw hit with a hard object,

The body was sent for autopsy to the Vajira Phuket Hospital.

A woman, who asked not to be identified, told police that she was driving her motorcycle away from her house at 3am when she spotted the victim’s motorbike. When she looked closer, she saw the body so she called her husband, who in turn alerted police.

Police said Suparp worked as a janitor at a Phuket school.