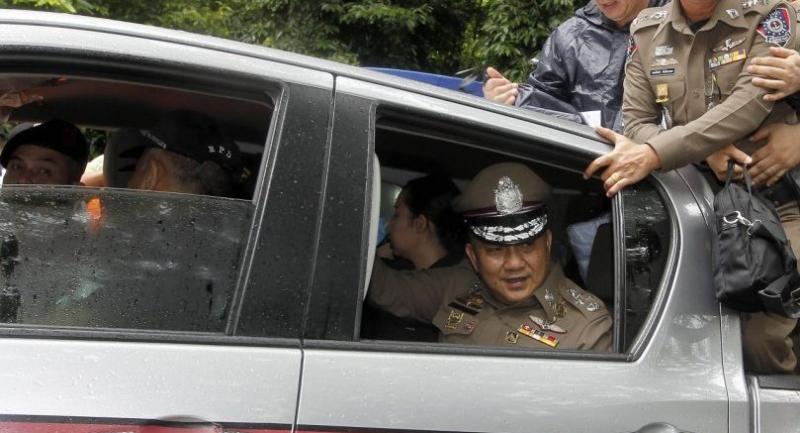 Thai Deputy National Police Chief Srivara Rangsi-prammanaku (R, below) sits in a police car as he arrives in the area near the entrance of a cave during the rescue operation for missing football players and their coach at the Tham Luang cave.EPA-EFE

PRIME MINISTER General Prayut Chan-o-cha will fly to Chiang Rai today to give encouragement to families and relatives of the 12 teen footballers and their assistant coach who have been trapped for days in a flooded cave in Mae Sai district, as well as to those officers, rescue workers and volunteers in the ongoing search and rescue operation.

The premier, worrying over the safety of the trapped youths, is scheduled to fly from the military airport in Don Muang district to the northern province at 7am, Government Spokesman Maj-General Sansern Kaewkamnerd said yesterday. Prayut wished to avoid distracting officials and workers from their duties, said Sansern, and so does not want a welcoming reception at the airport nor presentation of exclusive reports, said Sansern.

“If the premier has some questions, he would ask the officials himself,” Sansern said. He said the premier thanks the media for giving importance to this case and for keeping the public updated. Prayut also urges the media at the scene to follow the officials’ instructions, said Sansern.