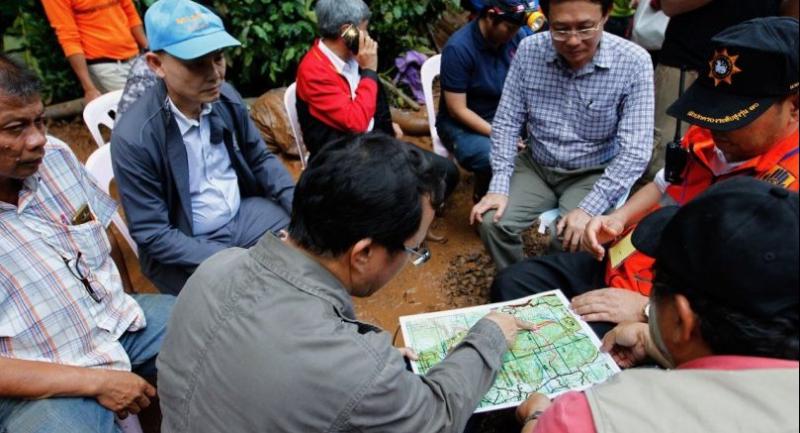 RESCUE OPERATIONS to locate 12 teenage footballers and their coach in the flooded Tham Luang Cave have been streamlined and praised by the US rescue team.

As the search moves into its seventh day, the area of Tham Luang-Khun Nam Nang Non Forest Park in Chiang Rai’s Mae Sai District is under stricter management since Chiang Rai Provincial Governor Narongsak Osottanakorn took up command of the centre.

Officers must wear tags stating their position while the reporters also have to register and wear a name tag.

Officers and volunteers from various organisations appear to be working better as a team, having resolved many problems and confusion that was apparent in the earlier days of the search.

Traffic problems at the site have been solved, as traffic police and volunteers diligently oversee traffic in and out of the area.

The road into the site is narrow and in a poor condition from lack of maintenance, which caused some accidents and traffic congestion.

One of the US Air Force support team, Captain Jessica Tait, praised the management of the Thai rescue operation, saying that the Thai team is well organised and meets international standards.

To improve safety, the governor has insisted that anyone who does not have a duty inside the cave is not allowed to enter the area.

“We have to prioritise safety first, because inside the cave is very dangerous. If we allow reporters or other unrelated officers into the area, it will cause difficulties in ensuring their safety and also disruptions to the rescue operation,” She said.