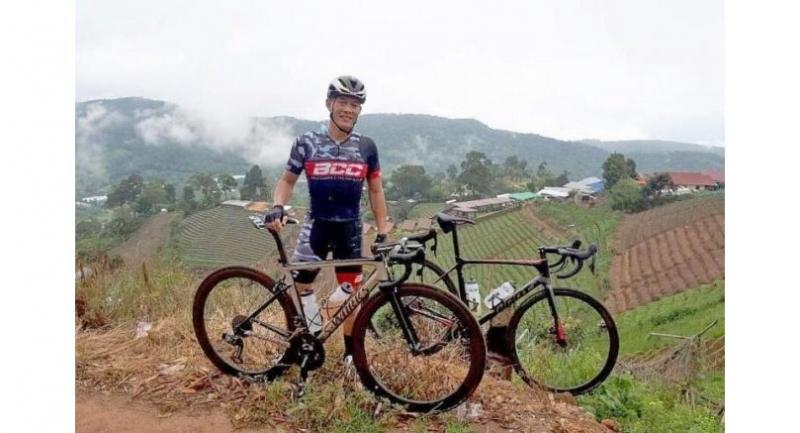 Fifty-seven-year-old Denison Seah from Singapore was killed in an accident on Sunday morning while on a casual ride in Chiang Mai.

He had lived in the northern city for the past three years.

The Straits Times out of Singapore reported that he was a competitive cyclist who had taken part in numerous regional competitions for more than 20 years.

While out on a casual ride, the Singaporean was cycling with his Thai girlfriend when he was reportedly hit by a 5-tonne truck on a two-lane road in the outskirts of Chiang Mai.

A Thai friend of Seah’s, who wanted to be named only as Justin, a powerboat-race director, told Singapore’s The New Paper on Sunday that the couple had been on a popular cycling route in Hang Dong district, heading from his home in the town of Mae Hia to Samoeng district, when the accident happened.

“He usually woke up at 5am on weekdays to train, but he did not have training on Sundays,” Justin said. “He died while being taken to hospital after the accident.”

He added that Seah was a good racer whose main interest was in road cycling, and he had many cycling buddies in Thailand and Singapore.

Seah’s daughter, 27-year-old Christine Seah, a dog groomer, told The New Paper that Justin called her at around 11.30am on Sunday with the news that her father had been in a bad accident.