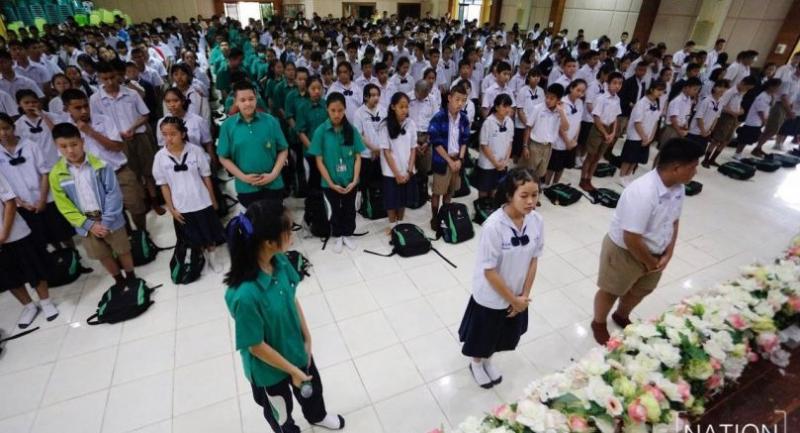 By Sakaorat Sirima
The Nation

Students and teachers at Mae Sai Prasitsart School in Chiang Rai, the school attended by six of the 12 youths trapped in the flooded cave, were delighted to hear they’d been found safe.

School director Khanet Pongsuwan said on Tuesday everyone was now sending their best wishes for the football squad’s swift and safe extraction from the cave.

Khanet said parents of the six boys didn’t have to worry about their academic standing because a tutor would be assigned to get them caught up on their studies.

He extended everyone’s thanks to Chiang Rai Governor Narongsak Osottanakorn and all the officials and volunteers participating in the mission.

Khanet said he had phoned the parents of his six missing students on hearing they’d been found and assured them the boys’ education wouldn’t suffer. They need to focus on the youngsters’ physical and mental recovery first, he said.

Smiles have been in short supply at the school in the past week as the cave search continued.