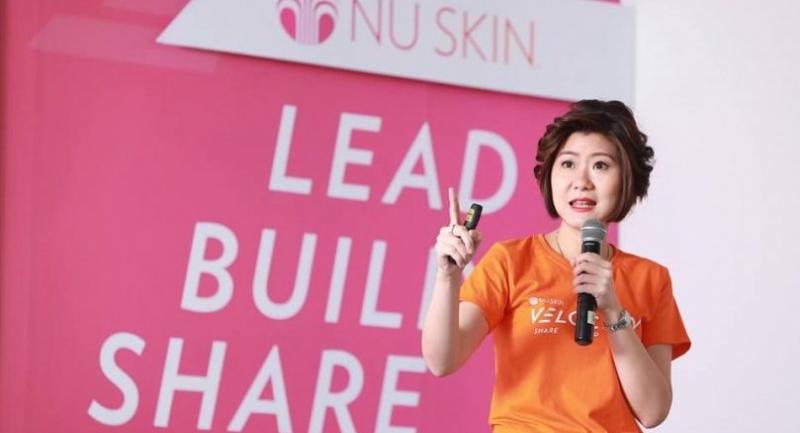 Nu Skin Enterprises (Thailand) responds to the global trend with a new strategy with the focus on attracting those who are looking for part-time jobs to earn extra income and enter the business.

The compensation plan “Velocity”, which is flexible, fast and fulfilling, is targeted at the generation with the gig economy lifestyle, aiming to generate better income opportunity for Thai people and to create 35 per cent of generation M members.

The company has already approached the market under the adjusted marketing plan with the launch of new products, the continued marketing support of daily use products and the expansion of online marketing platform to boost up the customer base and introduce new products online.

During the second half of this year, the company will place great emphasis on the latest sales performance programme, which is one of the key elements of the 3P strategy to strengthen and expand the business.

The main reason for the sales compensation plan adjustment is that as the world has entered the digital era and trends and lifestyles of customers have changed, social media has played a key role in people’s daily lives and the number of social media users has increased continuously.

According to Brand Buffet, members of the millennial generation (Gen M), who are now 18-34 years old, are influential in propelling the world forward since they are familiar with technology and capable of adjusting to new surroundings.

For millennials, the gig economy has become a dominant working style in which a worker, who either works as a freelancer, part-timer or full-timer, has multiple channels of income.

In the Asia-Pacific region, 34 per cent of the population is gig economy workers, which is relatively high compared to other regions. Considering this information, Nu Skin has revised its sales compensation plan to attract millennials.

The Velocity plan can be designed and adjusted to fit the lifestyle of each member. It allows each member to receive higher income in a shorter period of time. In addition, it provides each member with financial freedom and steady income.

The structure of the Velocity plan consists of three practices: Share, Build and Lead.

First, by becoming a member and introducing products to customers, one can make immediate income.

Second, by building a group of sales gurus and working together to achieve sales targets, one can earn steady income.

Third, by leading and mentoring a group of sales leaders to work in team and reaching major sales milestones, one can receive an increase in income.

“Velocity is a new sales compensation plan designed in response to the lifestyle of the new generation as well as those who are looking for part-time jobs or extra income. It will help with the current economic situation in which people have to be responsible for their cost of living and other expenses.

“Meanwhile, Nu Skin offers another option to generate income without having to wait for the perfect time. The plan will fulfil the needs of this group of members,” said Tangpakorn.

The plan is suitable for both those who are seeking long-term financial freedom and those who want to become business owners without having to invest a large among of money.

Without holding any position, they can be certain that the products are quality certified and there is a complete supporting system to facilitate selling products and generating income.

The objectives of the newly formulated sales compensation plan are to support the integrated working system for new generation members and to generate higher income which helps motivate the sales force.

“Currently, 25 per cent of the members are millennials. After the launch of Velocity on July 1, it is expected that the number of Generation M members will reach 35 per cent and the customer base will be increased by 10 per cent,” said Tangpakorn.