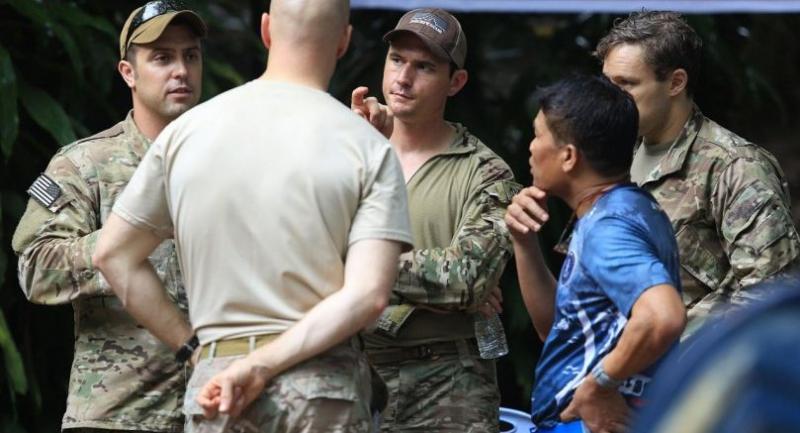 A US cave rescue expert on Tuesday warned that it could be dangerous to try to get the 12 trapped boys and their football coach to dive out of the Tham Luang cave.

“Cave rescue expert Anmar Mirza says diving out of the cave is the most dangerous option. He says the safest option is to shelter in the place until the water level goes down,” Rocha said in her Twitter message.

“The option to bring them out by diving is the quickest but it’s also the most dangerous," Mirza, national coordinator of the US Cave Rescue Commission, also told the BBC.

"Cave diving is a very technical skill and it's extremely dangerous, especially for an untrained diver," Mirza also told AFP.

"So they may end up being better off trying to supply them in cave until they can be gotten out by other means."

Thai Navy SEAL divers and foreign diving experts are preparing to provide basic diving training to the trapped 13 footballers so that they could dive out of the partially flooded cave.

The boys have been given high-calorie gels and some food. Experts believe they may take at least two days to regain enough strength to dive.

Officials and experts believe it is dangerous for the boys to dive through the flooded narrow passage of the cave.

Meanwhile, the governor of Chiang Rai governor on Tuesday that the efforts to find exits via shafts would continue.