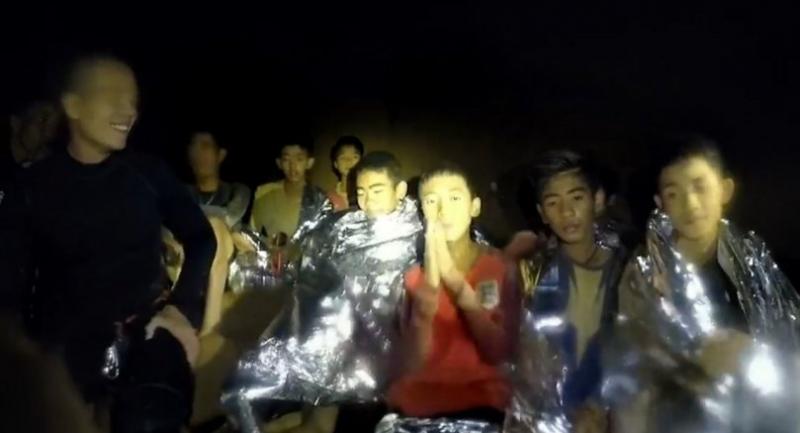 Members of the young football team greet the public and thank them for their support in a new video clip released by the Navy SEALs.

Shot on Tuesday night, the clip of the still-trapped youth was on Wednesday morning released on the Thai NavySeal Facebook page.

The boys can be seen wrapped in foil survival blankets.

The clip showed the boys wrapped themselves in foil survival blanket.

The one-minute-long video shows some of the boys saying their name and raising hands to give a wai to greet the public, saying they are strong and thanking the public for moral support.