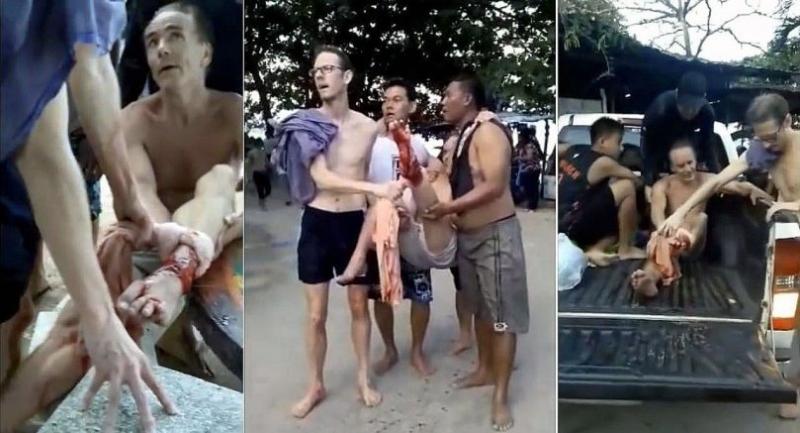 The Thai tourism ministry has paid out over Bt67,000 to a Norwegian shark attack victim who was injured on April 1.

The Ministry of Tourism and Sports paid 54-year-old Werner Danielson, who was bitten on the leg near Hua Hin, before he flew back to Norway on Sunday with his Thai wife.

However, due to a problem with his insurance running out, the payment still leaves him more than Bt200,000 short.

His three-day stay in a Hua Hin hospital cost Werner Bt300,000. The payout came from a Tourism Ministry fund after consideration by a committee.

Discussions are ongoing about installing a net three months after the attack.