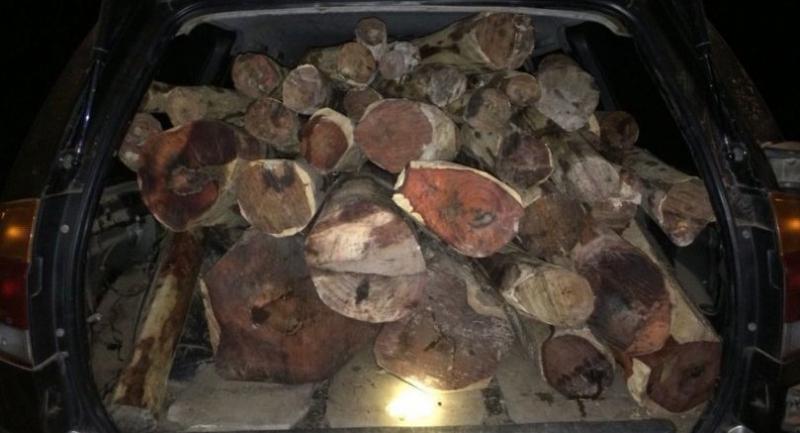 By Wichit Meesawat
The Nation

Paramilitary rangers and administrative officials in Ubon Ratchathani on Thursday confiscated 40 Siamese Rosewood logs from a gang of four to five suspects who were about to load the logs from their car onto a boat for smuggling across the Mekong river into Laos.

The suspects fled, leaving behind the car and logs, and were apparently experienced with local routes, said Ranger Unit 2301 head Colonel Apirattapong Kiratichaiset.

The timely interception stemmed from an informant’s tip that an illegal logging gang would smuggle the legally protected logs into the neighbouring country via Ban Kham Jao pier in Tambon Lao Ngam, he said.

The paratroopers and officials found four to five suspects bringing the logs out of a Mitsubishi Strada G-Wagon at the riverside spot in Pho Sai district. When the officials presented themselves to make arrests, the suspects fled on foot into the nearby forest. Officials took the logs and car to the Pho Sai Police for further investigation.

Apirattapong said the authorities have strictly enforced the law against illegal poachers, who smuggle the rare but highly-demanded Siamese Rosewood and other protected hardwood to sell in other countries.

With the supply reduced due to the crackdown, markets in the destination countries are reportedly paying double the previous price, prompting more people to take the risk of arrest to make a lucrative profit.