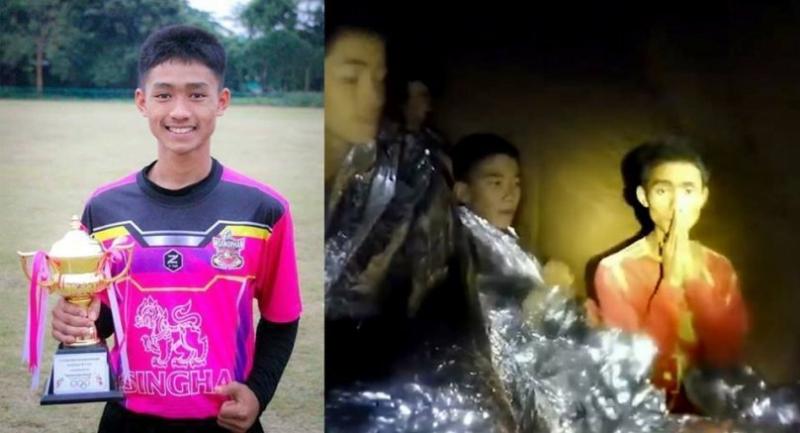 The video clip of the first encounter between British divers and the 13 missing members of a local football team trapped in Tham Luang cave for days thrilled the nation as they were found safe and alive.

As the conversation between the divers and the boys continued, the clip’s watchers may have been surprised when a boy was able to communicate in English and became the translator for his friends.

The boy became the talk of the town as many people wondered who he is. People praised him for being fluent in English considering his age and in comparison to his friends who had to ask him to translate for them.

The clip was shared more than four million times across the globe as the boys’ disappearance in the cave and the multinational rescue operations became the headline news for days and continues to do so.

Japanese seeing the clip expressed surprise that such a young boy knew sufficient English to communicate and they compared him to Japanese boys of the same age.

As a student of the school’s so-called “Buffer School”, Adul learnt foreign languages from native speakers. He is under the care of Hope Mae Sai Church as his Akha hilltribe family, who live in Myanmar, is very poor.

The school has promoted the study of foreign languages because about 80 per cent of the students who graduate from Mor 3 are planning to run a business at the border. Therefore, it is necessary for them to understand foreign languages.

The studies focus on enabling the students to communicate rather than on the grammar, the teacher said.

Piyarat said that Adul is a hardworking student with a grade average of 3.9 out of 4.

He also joins in many activities after classes, such as football, volleyball and biking, and shows musical talents and can play guitar, violin and piano.

He was also a winner in the science competition at the provincial level and has a good sense of responsibility, as he always submits his homework when he is absent, said his teacher.